We’ve never got as better a look at the LG G3 than the one we can have today. A few alleged pictures of the said handset have been leaked out into the open by two different sources, giving us a closer look at the kind of design approach which the company has gone with this time around.

The LG G3 it seems will come equipped with much narrower bezels than its predecessor. Moreover, the innovative button layout of the G2’s rear surface has also undergone a change on the G3 apparently. Circular keys instead of rectangular ones have found their way onto it. 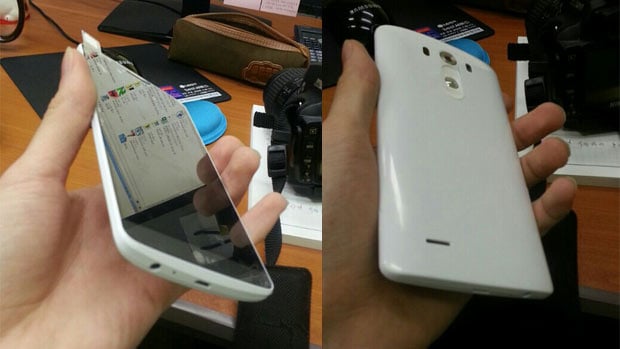 A Korean site named Seeko seems to have laid its hands on the prototype version of the LG G3 which its why the phone from the images (above) coming from it doesn’t have a logo on it, and moreover, there’s a seemingly temporary plastic shell on its rear. The image let out by GSM Arena however, appears to be of the final product, with a richer back plate on its rear surface.

This upcoming flagship from the South Korean company will be launched on May 27, whereas its release should take place sometime prior to July. Its main highlight is expected to be a Quad HD display which will throw its visuals out in a 2K resolution of 2560 x 1440 pixels. 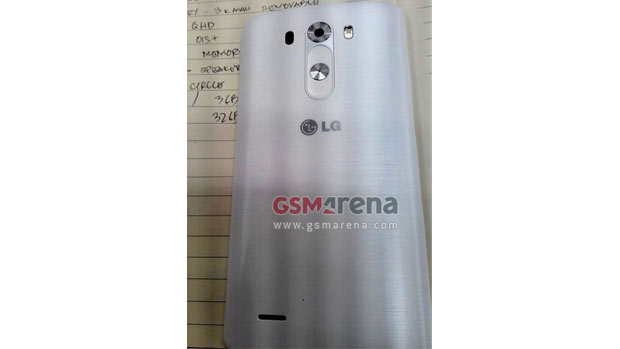 We’re digging up information about the LG G3 and will have more for you when we have something viable.

In the meantime, take a look at the LG G3’s leaked spces: