LG G3 to try its luck in Canada next, landing on August 1 through major carriers

With its advanced components, software improvements and most importantly its 2K display, the LG G3 is all set to dive into the Canadian market next month. The company has revealed August 1 to be the exact date it will start being offered by carriers and retailers from the North American nation.

While the device had been first launched Korea, its home territory, it is currently in the midst of an EMEA rollout. This month will also see the high-end device hit the US with the usual subsidized carrier plans. 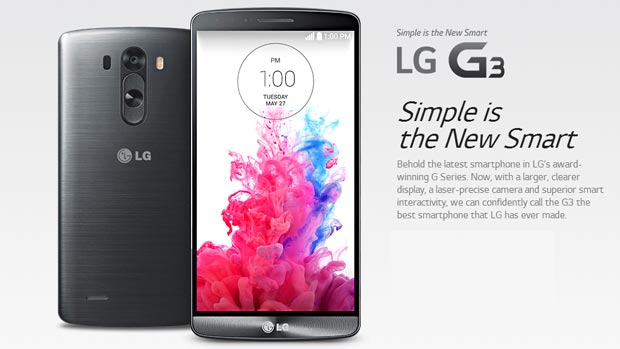 As has been disclosed by Android Central, the LG G3 will be sold in Canada via network providers like Bell, MTS, Rogers, Sasktel and Videotron. Moreover, retailers such as Tbooth wireless, WIRELESSWAVE, The Source, WIRELESS etc… and WOW mobile will also start offering it on August 1.

Also Read: LG G3 Beat is the G3 mini with a 5-inch display, but not a mini then

Despite all this information, there are no hints about its price in the country as yet. $599 is what you can expect it to be, judging by what rumors about its expected retail value in the US are saying.

Here’s a neat look at the specs of the LG G3:

The LG G3 was unveiled by the South Korean giant in May this year as its latest flagship handset and as a successor to the much appreciated G2. If you’re in Canada and wish to purchase it, you’ll be able to do that from August 1 onwards.