LG hasn’t been very good at keeping secrets and that’s probably why the company doesn’t hold back in revealing details about its upcoming smartphones, but we guess it’s too early for them to do the same with the highly anticipated G3 flagship. Nevertheless, leaks and rumors have done the needful. The handset has been spotted in Sprint’s User Agent Profile and a good deal of specs has also been revealed.

The LG G3 is said to carry the model number LS990 and the carrier’s website suggests that it will come with a 2560 x 1440p display which is also known as QHD or 2K resolution. The panel used here will most likely be the company’s own AH-IPS LCD panel which was announced back in August of last year. 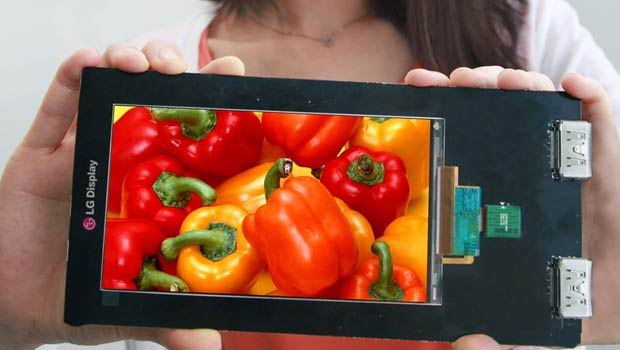 Where screen size is concerned, the conglomerate will have to go with something around 5.5 inches to make full use of the high resolution screen. Additionally, the device will have 3GB of RAM and a quad core Qualcomm MSM8974AA SOC, which according to TheDroidGuy is the Snapdragon 800. This is most likely a mistake and we anticipate the LG G3 to arrive with a Snapdragon 805 or the company’s own Odin processor.

Previous leaks have suggested that the device will have an octa core chipset and a 16MP rear camera. The User Agent Profile, on the other hand, states that the device could come with a 13MP lens or we could be looking at an early prototype of the device. Other details divulged by Sprint include Android 4.4 KitKat, 32GB of storage and a microSD card slot.

The LG G3 is said to go official on the 17th of next month.

Here’s a quick look at the rumored LG G3 specs: