The LG G2 that went official only last week, is all set to enter Canada through six of the major network providers of the country. This smartphone will be made available via Telus, Wind Mobile, Rogers, Bell Mobility, Videotron and SaskTel. And it goes without saying that retailers like Best Buy, Target Mobile, Future Shop, The Source, Wireless etc. and Tbooth wireless amongst others will stock up on the gadget as well.

While launching the device, the South Korean company had revealed that it will initially hit store shelves in South Korea and will then be released in North America, Europe and some other regions. T-Mobile has already announced that it will play host to the LG G2 in the US and the phone was also spotted with a price tag of €599 on a shopping portal in Germany. And in the UK, e-retailers like Clove, Expansys and Carphone Warehouse have started accepting registrations for the handset. It is most likely to come to Britain via O2 and Three, sometime in October. 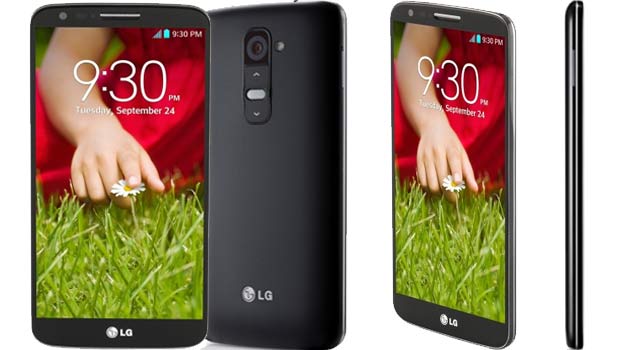 Belonging to the G series from LG, the smartphone drenched in shades of black and white is graced by a 5.2-inch full HD IPS display with a pixel density of 423ppi. Within an exterior measuring 138.5 x 70.9 x 8.9 millimeters, it hides a 2.26GHz quad core Qualcomm Snapdragon 800 processor which is accompanied by 2GB of RAM. The phone binges on the Jelly Bean 4.2.2 OS and will receive the Android 4.3 upgrade very soon. It draws power from a 3000mAh battery and is armed with a 13MP camera as well as a 2.1MP webcam.

The LG G2 will be up for grabs in Canada this fall.