The LG G Watch which we saw being released at the Google I/O gathering late in June is being blessed with a minor software update to fix a potentially major issue. Reports have indicated that some users have been experiencing corrosion build-up on the charging pins of this Android Wear-based gadget, and the download is meant to fix exactly this.

Last week, LG began the rollout of this OTA release without mentioning what it was all about. Things only became clear when a commentor on Android Police posted a statement he received from a customer care representative. According to it, the POGO charging pins located at the back of the G Watch are the main perpetrators of the issue. 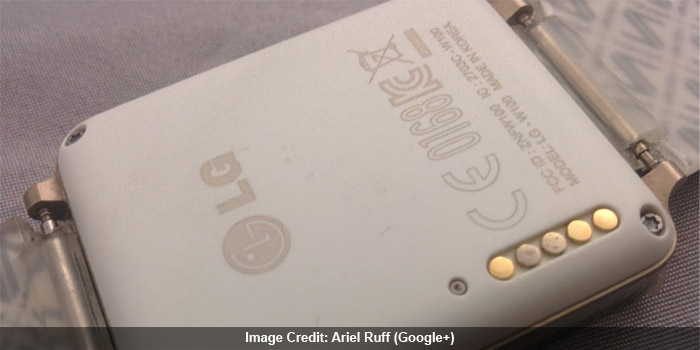 Some devices are apparently developing discoloration and residue buildup on these terminal pins located on the back. This is the result of a constant electrical current that runs through a couple of the metal contacts also while you are wearing it on your wrists. While LG has revealed that it’s completely safe for users, there have been reports of skin irritation caused due to this issue by some owners of the G Watch.

It is hence that this maintenance release is being pushed out by the South Korean giant right now. This new product from LG comes equipped with the Android Wear platform and apart from providing you with various Google Now cards at relevant times, it also possesses the ability to run first and third-party apps.

This new LG G Watch update is being dished out in batches, so you might have to wait for a while if you haven’t received it yet.