The long awaited LG G Watch R is ready to be released into important markets finally. While it will be arriving in Europe, North America, Asia and the Commonwealth of Independent States (CIS) at the start of November, the UK has received a head start even as the Android Wear product is available for purchase through Clove already.

£224.99 is how much buyers will need to cough up in order to lay their hands on the circular smartwatch. That’s quite an expensive asking amount, considering that the similarly shaped Moto 360 is available in the UK at £199. However, you can find better deals if you search for them. The UK Mobile Store is offering it at £219.99. 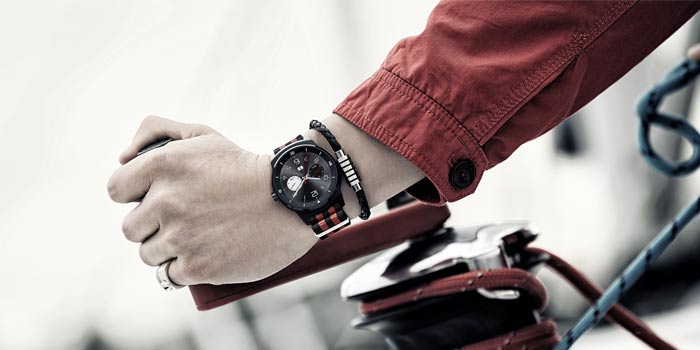 So just what is it that makes the LG G Watch R the most expensive Android Wear smartwatch out there. Firstly, it grabs a fully circular P-OLED display instead of the inconsistently circular panel of the Moto 360 which leaves a little space at the bottom for its sensors.

It features a metal body, and is IP67 rated for dust and water resistance. This means that the LG G Watch R can be immersed in about a meter of water for up to a half hour. A 9-axis sensor and a heart rate monitor have been granted to it as well, apart from a Snapdragon 400 processor.

A short look at the specs of the LG G Watch R:

Like we said, the global rollout of the LG G Watch R will commence this November, while it’s already available for purchase in the UK.