A lot of information about the LG G Vista has been revealed in the past and now what appears to be concrete evidence on the specs and features has surfaced. A leaked document has brought new details to light and has also provided a possible launch date for the handset on Verizon.

Previously, the LG G Vista was said to go official on Big Red on July 18, but that clearly didn’t happened. Pocketnow is reporting based on information provided by a tipster that the handset will be launch at the end of this month which is just a couple of days away. 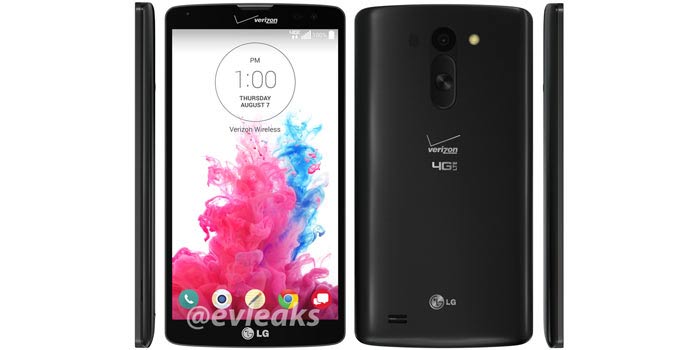 Additionally, the document which is an internal Verizon slide has also provided an in-depth look at the specifications. As previous leaked, the phone will indeed flaunt a 5.7-inch display with a design identical to that of the G3 flagship, albeit the resolution might not be 720p HD. The company could throw in a qHD 960 x 540 pixel screen instead which is way too low for such a large panel.

The flagship phone being slightly smaller offers a QHD (2K) panel. The remaining components are basically the same as the rumored ones – Android 4.4 KitKat, 4G LTE (XLTE compatible on Verizon), Snapdragon 400 and a 3200mAh battery. A recent leak has confirmed that the G Vista will also be available through AT&T, but there’s no release date as yet.

With launch set for the end of this month, we could see the LG G Vista get release by Verizon on August 7, or so suggests the date shown in the UI of the leaked images.