The LG G Vista which was said to go on sale via Verizon on July 18 (didn’t happen) will reportedly launch on AT&T as well. So far, we’ve been under the impression that the handset was exclusive to Big Red, but thanks to leaked documents, it’s more or less confirmed that the latter carrier will be offering it as well.

MyLGPhones has managed to get its hands on the user manual for the LG G Vista on AT&T. The handset will go by the model number D631, while the Verizon version is known as the VS880. The phone is said to be a variant of the upcoming G Pro 2 Lite which is expected to go official as the G3 Vista globally. 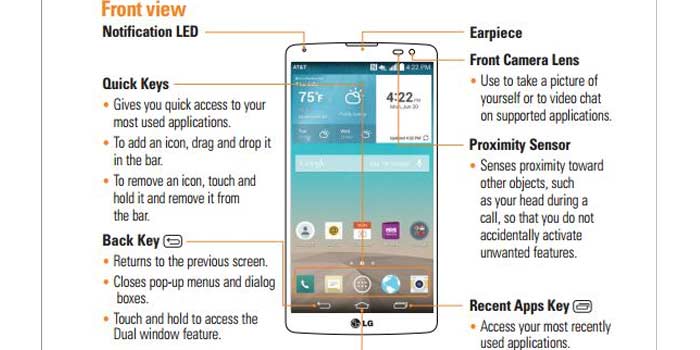 Apart from images of the phone, various technical details have been divulged by the user manual. The handset will look the same as its sibling and also carry identical components. However, there are a few changes. The source notes that the AT&T model will have 1GB of RAM, while the Verizon model was leaked to carry 1.5GB of system memory. 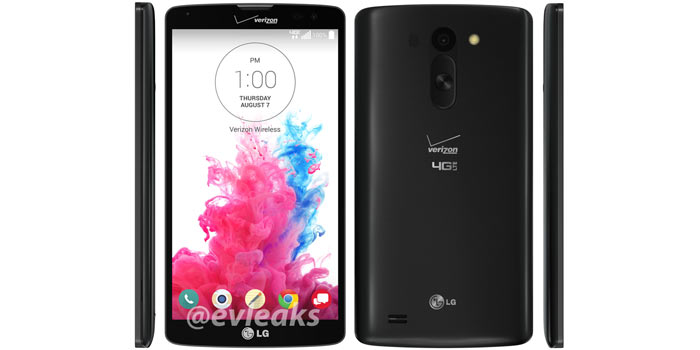 There’s no information on when the LG G Vista D631 will go official on AT&T, but we expect to see the Verizon model arrive first, sometime during the first week of August.