While we patiently wait for the G4 flagship which goes official next week, LG has unveiled a new smartphone called the G Stylo to keep us occupied. The latest release isn’t a high-end one, but it is part of the flagship series. And as the name suggests, it comes with a stylus onboard.

What’s surprising is that the LG G Stylo is said to be the successor to the G3 Stylus which went official last year. This brings up the possibility of the handset being the rumored G4 Stylus or Note which would be disappointing since there are a lot of expectations on the latter. Nevertheless, the company could be working on a beefier phablet for launch soon. 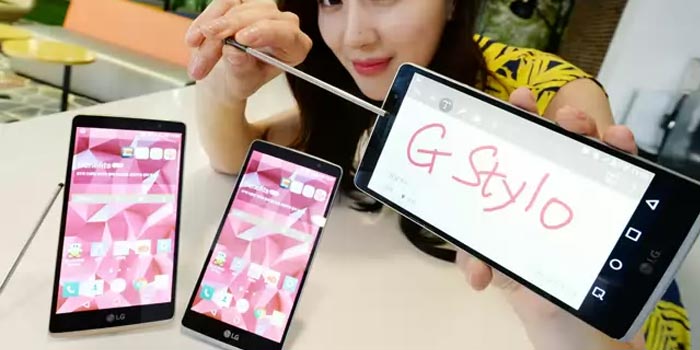 Design-wise, the new LG smartphone follows the same design language as its latest mid-range lineup. The handset offers a large 5.7 inches of screen size and with 720p HD visuals. The front also has a 5MP selfie snapper, while all of the physical buttons can be found on the rear with the 8MP main camera.

Also read: LG is giving Windows Phone another try, this one is headed to Verizon

Additionally, LG has gone with a 64-bit Snapdragon 410 processor clocked at 1.2GHz for the smartphone along with 1.5GB of RAM and 8GB of storage. In the software department, Android 5.0 Lollipop runs the show and is accompanied by loads of enhancements including ones optimized for the stylus such as Q Memo Plus, Gesture Shot and Glens View amongst others.

Here’s a roundup of the main LG G Stylo’s specifications:

The LG G Stylo will first be dropping anchor in South Korea and will be available in select markets across the globe from early May.