LG has just thrown the covers off its brand new G Pro Lite which was leaked last month. Some of the specifications match the ones which were revealed unofficially before and then there are a couple of disappointments when it comes to features that really count.

Also, the South Korean company hasn’t attached the word ‘Dual’ to the name carried by the smartphone even though it does embed slots for two SIM cards. This inclusion should be enough to clarify LG’s intention of packaging the device for emerging markets. 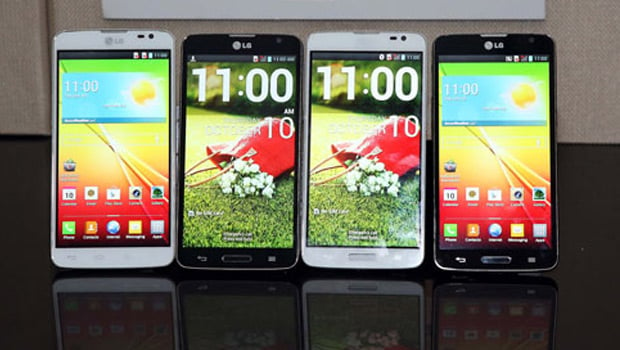 Just in case you’re not convinced, the underwhelming specifications should offer further evidence. The screen measures 5.5 inches and offers a resolution of 960 x 540p. There’s 1GB of RAM, 8GB internal memory and microSD card expandability, though LG hasn’t mentioned how much more storage can be added.

The G Pro Lite works on Jelly Bean 4.1.2 and supports 3G networks. It has a 1.3MP webcam as well as an 8MP main camera with a BSI sensor. A Stylus Pen has also been thrown into the mix and the phone’s 3140mAh battery is a removable one.

LG has yet to announce an exact release date or price for the device. But it will hit Latin America this month before slipping into other markets like Russia, China, India and the Middle East.

Quick glance at the specs

Interested in a Note 3 with a twist instead? There’s the Galaxy Round and Galaxy J from Samsung to ogle at.