LG has quietly taken the veil off its new G Pad II 8.0 tablet in South Korea. This slate carries a number of improvements over its predecessor, and offers an unusual full-sized USB 2.0 port on its bottom for connecting flash drives without any adaptors.

It’s an Android 5.0 Lollipop-running machine which promises several software additions like Quick Memo, Knock Code and Qpair. Moreover, its maker has also announced that the LG G Pad II 8.0 will ship with the full Microsoft Office suite infused inside it.

As is being implied by its name, this LG tablet holds onto an 8-inch display bearing a resolution of 1280 x 800 pixels. Just like its predecessor, this device too carries inside it a Snapdragon 400 chipset which offers the prowess of a quad core processor clocked at 1.2GHz and an Adreno 305 GPU. Accompanying this assembly is 1.5GB worth of RAM. 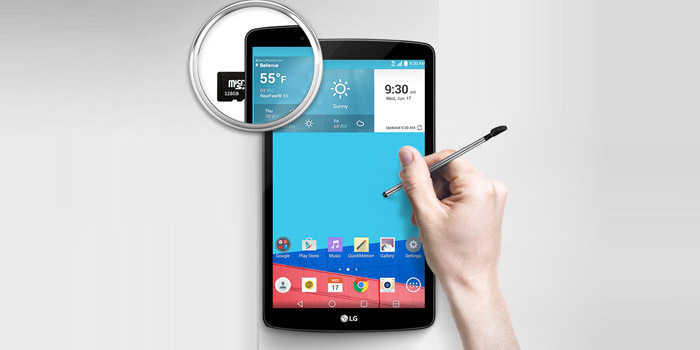 The G Pad II 8.0 ships with a 5MP rear camera and a 2MP front one. It features 32GB worth of storage which can of course be expanded further up to 128GB by means of its microSD card slot. A highly impressive 4200mAh battery keeps it going for hours on a single complete charge. 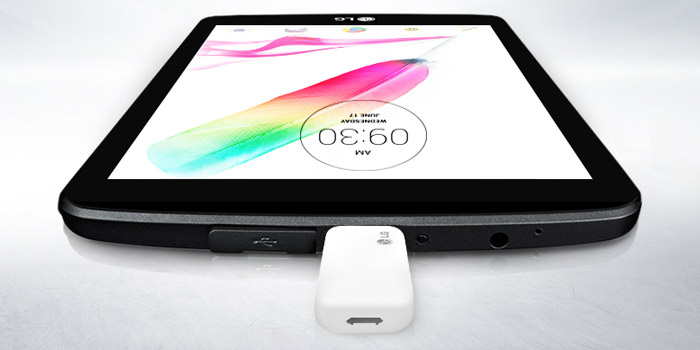 The LG G Pad II 8.0 will be sold in the form of a Wi-Fi + LTE model in South Korea. There’s no word on when this device will make its way into other markets though.