LG had announced its G Pad 8.3 tablet towards the start of last month, but it was quite vague about the availability details. Well, the Korean manufacturer has now disclosed more launch information along with a price for its hometown. The slate will go on sale in Korea starting next week through the company’s own Best Shop, online malls and department stores amongst others.

The G Pad 8.3 is the second tablet from the conglomerate. Falling in the high-end G series, the device looks highly similar to the current flagship smartphone, but is much larger. The slate packs a large 8.3 inch touchscreen, putting it in competition against Apple’s iPad mini and Kindle’s latest Fire HDX tablet. 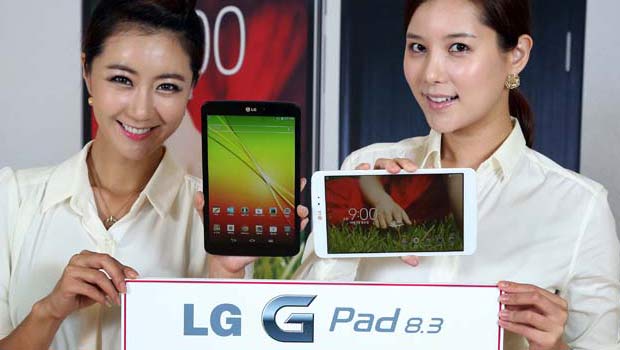 The panel is surrounded by a slim bezel and it proffers visuals in WUXGA full HD resolution at 273ppi. The tablet tips the scales at 338 grams and it measures 8.3mm thick. The device is powered by a 1.7GHz quad core Snapdragon 600 processor from Qualcomm. Other features comprise of a 1.3MP front camera and a 5MP rear one, 2GB of LPDDR2 RAM, a 4600mAh battery, a microSDXC card slot and 16GB of eMMC storage.

Where connectivity is concerned, there’s no support for cellular networks. But you do get Wi-Fi 802.11 a/b/g/n, Bluetooth 4.0 LE and GPS. The G Pad 8.3 comes with Android 4.2 Jelly Bean and you’ll also find a host of enhancements from LG including Slide Aside, Q Slider, Knock On, Q Fair, QTV and much more.