Ever since it has been unveiled, the LG G Pad 8.3 has had its exact pricing details kept a mystery. Granting a little clarity on the matter, UK retailer Clove has revealed the exact tag which it will be affixing to the LG tablet. Upon its release in following October 28, consumers in the United Kingdom will be able to purchase it at £216.00 (£259.20 with VAT).

This device will be sold by the retailer in the form of its white colored model, while its black version will be doled out in December. It can be ordered now through the Clove website. 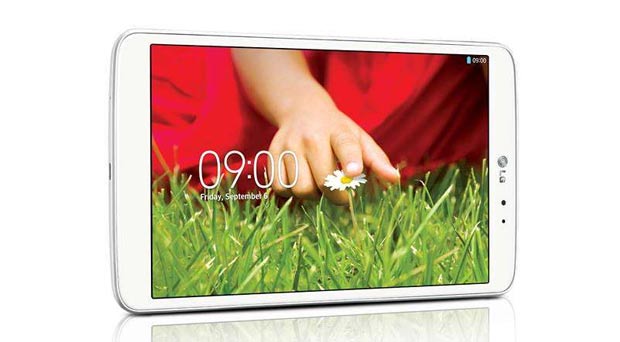 As its name suggests, the LG G Pad 8.3 is an 8.3-inch tablet which features a minimal bezel and a screen resolution of 1920 x 1200 pixels. It runs on a 1.7GHz quad core processor and has 2GB worth of RAM resting under its hood. This Android 4.3 Jelly Bean slate kicks in 16GB of internal storage.

Moreover, there’s even a microSD card slot for further expansions of up to 64GB. A 5MP rear camera facilitating VR Panorama and other functions makes its way onto its rear surface, while a 1.3MP front snapper has also been delivered with the LG G Pad.

A 4,600mAh battery keeps it going between charges, and as far as its connectivity is concerned, Bluetooth 4.0 Low Energy, Miracast, Slimport and Wi-Fi Direct have all been added to its kitty. While the UK pricing of the LG G Pad 8.3 has finally been revealed, we’re still to witness details regarding its US launch. Better stay tuned for that.

Update: Through a press release, LG has revealed £259.99 to be the MRP of the tablet in the UK.