LG unveiled its latest G Pad portfolio a couple of days back and it skipped on revealing any of the specifications, but the G Pad 7.0 has now had its key details leaked. The device recently popped up in a benchmark suit and its hardware components have been posted online.

The LG G Pad 7.0 is designed to be held comfortably in one hand. The tablet is being touted as an entertainment-focused device where it offers a decent display and features. It was spotted in the AnTuTu database by The Droid Guy, under the model number V400. Compared to the G Pad 8.3 model, the 7-inch version has some pretty mediocre specs, suggesting that it will pass as an affordable Android tablet. 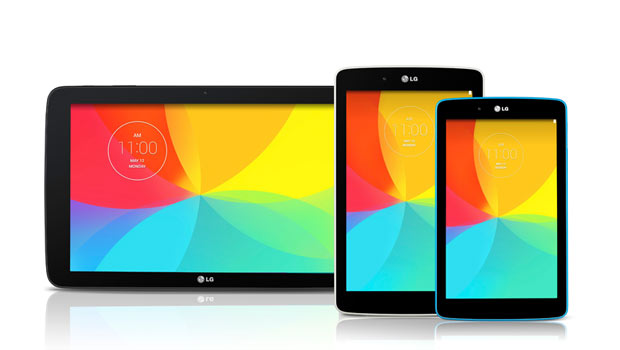 The listing confirms that Android 4.4.2 KitKat will be preloaded and a 1.2GHz Qualcomm Snapdragon 400 SOC with Adreno 305 graphics will power it up. The display will offer visuals in 1280 x 800p resolution and have dual cameras, 1.3MP front and 3.2MP rear. For memory, the device sports 1GB of RAM and 8GB ROM.

Design-wise, the G Pad 7.0 looks identical to the 8.3-inch variant. Along with the latest version of Android, the slates also comes with LG’s proprietary UX features. They include QPair 2.0 that allows you to bridge the device with a smartphone for receiving alerts on calls and messages, and Knock Code which is an enhanced security feature to prevent unauthorized access to the tablet.

More details on the LG G Pad 7.0 and other tablets in the series will be officially revealed in the coming days.

Here’s a roundup of the leaked specs: