The LG G Flex that was released in India in December, has finally reached the country and can now be seen listed on the official website and select online retailers. The company has pegged it at a price of Rs 69,999, but a few shopping portals are selling it for discounted rates.

Snapdeal has the G Flex for Rs 69,990 and promises to dispatch the gadget in 15 business days, whereas Infibeam who is offering a 1 percent discount says it will ship the gadget in 1 or 2 days itself. The latter has attached a retail tag of Rs 69,490 to it. But a portal that goes by the name of ShopClues has priced it at Rs 56,500 which is as much as 13 percent less than the original amount. 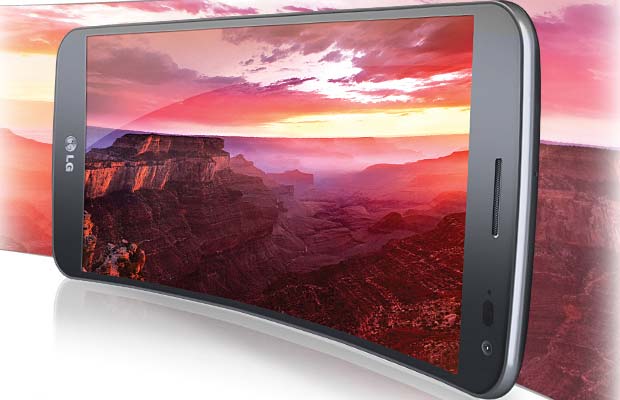 LG says that the flexible smartphone’s vertical arc resembles the natural curvature of our faces and makes it comfortable to hold. Physical buttons have been placed on the rear panel which boasts of self-healing properties. It integrates a curved battery and its POLED touchscreen has the ability to reproduce life-like colors. Features like Slide Aside, Answer Me, Knock Knock, Dual Window, Q-Theater and more have also been loaded into the handset. 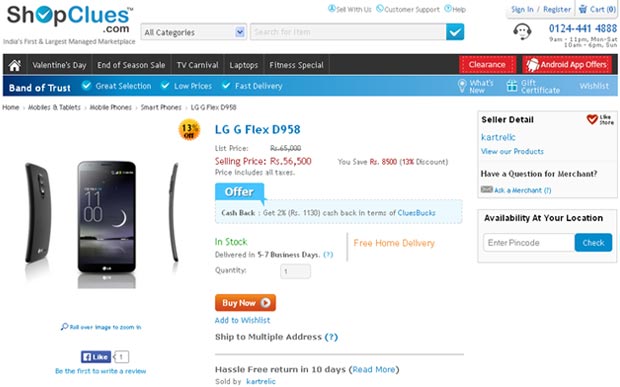 The LG G Flex can now be purchased via online retailers such as Snapdeal, ShopClues, Infibeam and more.