The supple and powerful LG G Flex is being blessed with the goodness of the Android 4.4 KitKat OS in South Korea right now, but other countries are expected to get the update soon as well. Along with the obvious addition of features which form part of the latest version of Google’s software, this device also receives some changes to LG’s Optimus user interface.

Prime among them is the Knock Code attribute which was released for the first time in the G Pro 2 smartphone unveiled earlier this year. It’s basically a security trait which lets you unlock your device without having to press the power key. You can pre-define certain points on the phone’s screen, and then tap on them when you wish to unlock the phone. 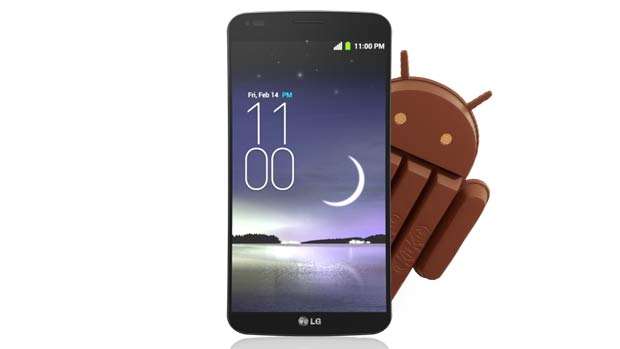 LG has also infused this KitKat update with enhanced Bluetooth Car-Kit attributes. This will allow it to show notifications for messages as well as album art when music is being played. But as it seems, the rumor which had tipped the Android Kitkat update for the LG G Flex to kick in 4K video shooting capabilities has turned out to be a dud. Perhaps LG could be planning on releasing this trait in a further update.

Owners of the LG G Flex can check their devices for the availability of their Android KitKat update. But do remember that it’s out only in South Korea at the moment, so don’t be surprised if it takes a few more days to arrive in other nations.

Here’s a neat look at the specs of this device: