LG’s G Flex smartphone has gone official in various locations across the globe. The device was recently put up for pre-order in the UK and India is expected to see the phone start shipping next month. For the US, AT&T, Sprint and T-Mobile have announced their plans to carry the device, but so far, only the second provider has delivered price and release details.

The LG G Flex is the company’s first curved smartphone and it’s not the only one in the market. Samsung also has its own device that’s designed using a flexible screen, the Galaxy Round. While the former is being offered as a consumer product across the globe, the latter is only limited to the Korean market and is a prototype of what’s to come. 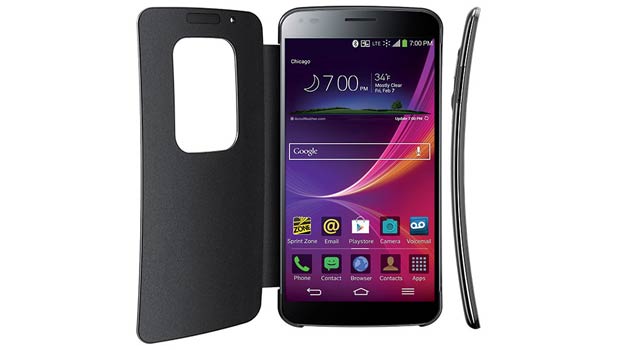 Apart from the curved design, the LG G Flex has some pretty neat features. Firstly, the device can be flexed, allowing you to flatten out the curve by applying pressure. Then there are its self-healing powers that can make small scratches disappear from the rear panel. The handset’s overall design is basically the same as the flagship G2’s where the volume buttons are located at the rear. However, the screen size here is 6 inches wide.

The LG G Flex is priced at $299.99 with a two-year contract. It will be available starting January 31 online and via sales channels as well as at Sprint stores on February 7. Pre-orders are now live and are bundled with a free Quickwindow folio case worth $59.99. Those who purchase the device via local stores will be able to opt for the Easy Pay program which includes a $149.99 down payment and a fixed charge for 24 months.