Almost two months after being showcased in India, the LG G Flex 2 smartphone has been made available for purchase in the country. The handset carries a price of Rs 54999 and it’s a pretty great upgrade over its predecessor.

The LG G Flex 2 was originally launched during the CES 2015 expo earlier this year and surprisingly, it has a processor that’s even beefier than the one on the newly launched G4 flagship. The smartphone flaunts the same attractive design used for the first generation handset and it has improved features.

The LG phone’s P-OLED display continues to offers a curved look and it’s smaller than before at 5.5 inches. However, the resolution has been bumped up to 1080p FHD. And on the rear, a new spun texture finish has been applied with the previous self-healing properties also being retained. 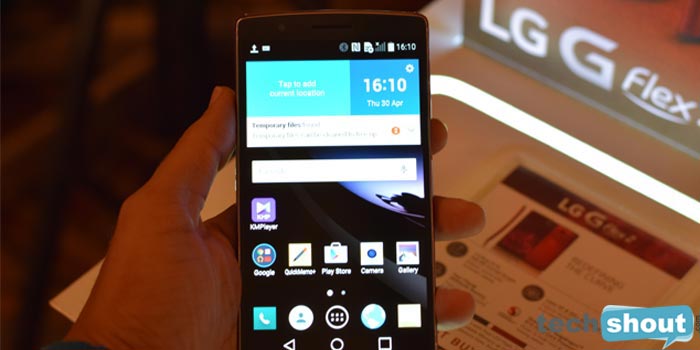 The camera used on the G Flex 2 is a 13MP sensor with hardware OIS+ technology and dual LED flash. The laser AF system can also be found here for obtaining uper fast focus times and clear images. Coming to the innards, the device packs 16GB of storage (no 32GB for India), a microSD card slot, 2GB RAM and a 3000mAh battery.

Android 5.0 Lollipop is delivered out of the box along with various new features. The new interface which was launched with the G4 flagship should also be making its way to this LG phone in the near future. In a nutshell, you get Glance View, Gesture Shot, Dual Window, QRemote, Knock Code, Smart Notice and Gesture Shot amongst others. 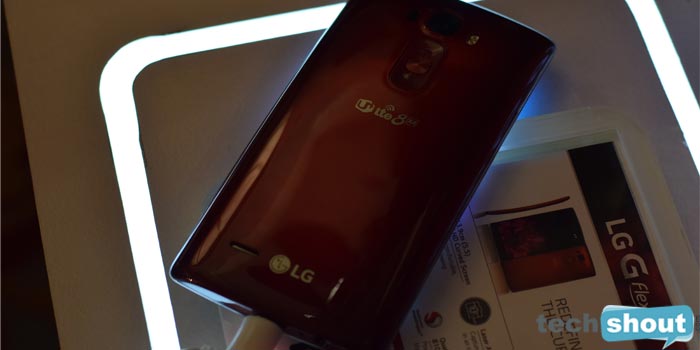 Here’s what the LG G Flex 2 offers in specs:

The LG G Flex 2 smartphone is available for purchase in black and red options.