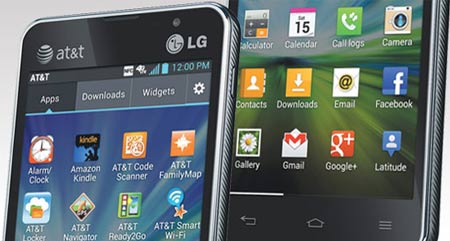 The LG Escape AT&T price and release date details have surface along with official specifications confirming the ones which were recently leaked online. The smartphone will indeed house a dual core processor and run on the carrier’s 4G LTE network. And the best part is that it will cost not more than $50.

For the budget-friendly price tag the LG Escape AT&T carries, users will have a plethora of performance-driven components at their disposal. The dual core SOC employed here is clocked at 1.2GHz backed by the feature-filled Android ICS platform. A Gorilla Glass-coated qHD IPS screen gets the front seat spanning 4.3 inches wide, while the flip side is dominated by a 5MP AF camera that tags along various attributes including 1080p recording and cheese shutter.

“LG Escape allows users to capture and share whatever life sends their way with its powerful dual-core processor, true-to-life screen and smart camera features,” expressed James Fishler, senior vice president of marketing and go-to-market operations, LG Electronics USA. “And on AT&T’s expansive network consumers can get the best possible experience with Escape by using its LTE capabilities to the fullest.”

There’s also a 1.3MP front-facing snapper for doing what it does best – self portraits and video calls. Coming to entertainment, the Dolby Mobile enhancement adds surround sound to music playback and the QuickMemo app allows users to jot down notes from any screen. The device supports both LTE and HSPA+ networks and tags along Bluetooth 4.0, Android Beam via NFC and GPS. LG has thrown in a 2,150mAh battery to get things moving.

The LG Escape AT&T price and release date details are officially known, and denote that the device will launch on September 16 for $49.99 with a two-year agreement. Potential buyers will be able to pick up the smartphone from the carrier’s own retail stores and online.