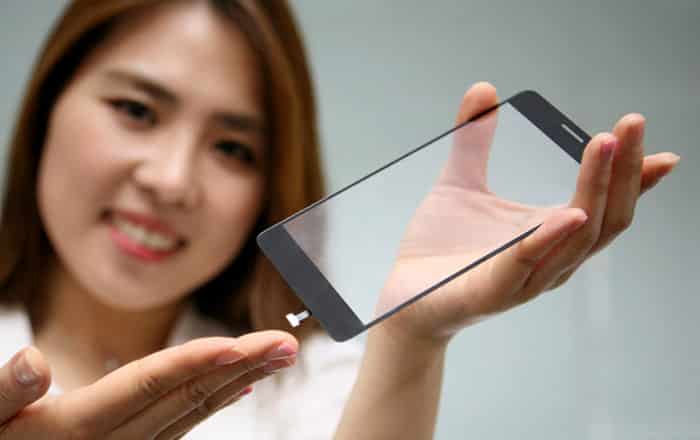 In the near future, it could become very hard to find where the fingerprint scanner is located on smartphones; at least ones that are made by LG. The South Korean company has managed to develop a fingerprint sensor that can hide itself behind a glass screen, thus eliminating the need to have a separate space for it elsewhere on the device’s body.

More than anything, this takes away a major limitation that manufacturers have to face – finding an ergonomic space for a home or power button that can also double up as a fingerprint sensor or just finding space for the scanner alone. LG’s innovation not only solves this problem but also gives manufacturers a chance to offer better ingress protection on their handsets.

This latest module sits inside an extremely shallow space – just 0.3mm thick to be exact – that’s carved in the lower backside of a glass surface. It’s invisible, and hence won’t interfere with the usual viewing experience of the display.

LG Innotek, the company’s component manufacturing arm, has developed this fingerprint sensor. It has revealed that this buttonless module is just as accurate as the ones that come embedded in buttons.

Until last year, LG’s design approach with its flagship smartphones included placing the power and volume buttons on the back surface, and this in some way prevented the company from granting fingerprint sensors to them. This year though, it revamped the design with the G5, and placed a scanner right below the camera while moving the volume and power buttons again to the sides.

With an invisible fingerprint scanner which can fit inside a glass screen in its possession, LG can now go back to its old design blueprint again. Let’s see if it’s willing to do that or not.