LG Cookie Plus GS500v Review: An animated and consistent performer 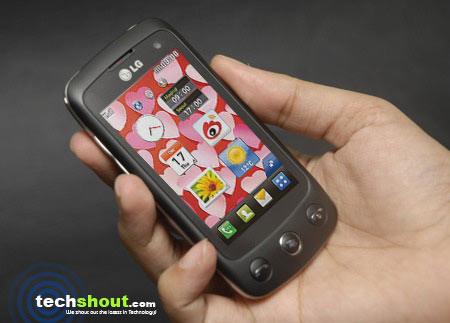 With the number of phones being released on a monthly basis, manufacturers were bound to run out of sensible names for them. We’d probably be called ‘Rambler’s if we continued to ‘Rant’ and rave on this subject. But phone manufacturers like Samsung have managed to ‘Captivate’ and ‘Fascinate’ us as they christen their handsets with much ‘Gusto’. It’s possible that we could pen a short story by solely employing mobile phone names. All we need is a Happily, Ever, After for our ending or maybe we could substitute Happily with the ‘:)’ from Samsung. While we’re hitting the right notes, Cookie does seem to be such a fresh and crunchy name for a handset. LG may have got more than just the name right with the Cookie KP500 that was launched in 2008, which is perhaps why they followed it up with a sequel dubbed the Cookie Plus GS500v. Just this week, we got ourselves a cup of coffee and a Cookie and started running it through our reviewing process. We mean the Cookie Plus.

We ripped open the phone’s packaging and found it sharing room with an LG PC Suite driver CD, 2GB memory card, battery, charger, manual, stereo ear microphone and a USB data cable. You don’t need to be looking at the Cookie Plus to tell that its chassis is all about soft, pleasing curves. The entire plastic body has a smooth rubbery texture to it that has to be felt in order to be believed. There are absolutely no sharp angles on this phone’s exterior. If it’s not curvy, it’s round, like the three buttons aligning the touchscreen’s base. One is for calling, another for accessing favorite applications or the main menu and the last one serves as the button for turning the phone on/off, canceling calls or going back to the previous function. The color scheme is mainly black throughout the body though the area around the camera lens is colored a pleasing light green shade.

Dedicated volume controls, a camera key, a button for locking or unlocking the handset, a microUSB port and 3.5mm headset jack are placed around the edges. Now that we’re done with the basic description, we thought we’d play pretend shopping. Say we were in the market for a new handset that wasn’t a smartphone and pricey enough to burn a hole in the pocket. The important question is ‘touchscreen or no touchscreen?’ While the handset market is saturated with touchscreen offerings, a phone with a mediocre touchscreen can get even more annoying than a button ridden interface. The 7.62cm touchscreen of the Cookie Plus is of the resistive variety. It calls for users to apply a lot of pressure while navigating the interface and it’s not a very inviting notion. If you can overlook the unintended pun, it seems to resist our touches quite fiercely when it comes down to accessing apps through the widget. 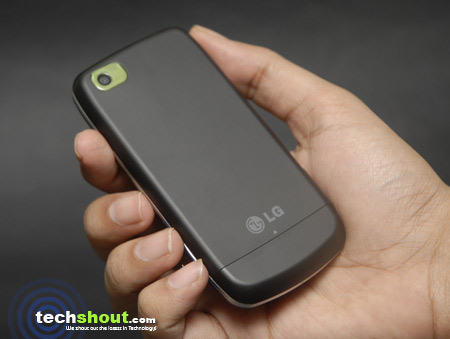 Speaking of the message or e-mail input options, there’s just the touchscreen that hosts a QWERTY keyboard in portrait mode, a regular keypad in landscape mode and even accommodates handwriting recognition. You’re going to be in a tight corner if you’re stuck without a sober aim while trying to type out a message or e-mail to a contact with these input options. The screen estate is simply not expansive enough to enable comfortable typing of messages or mails even though the keyboard is highly responsive in spite of the fact that you need to access it through a resistive screen. Web images don’t look very pretty on the 240 x 400p resolution display though navigation is simplified with healthy sized widgets for going back/forward, bookmarking, refreshing/stopping a page from loading and zooming in to very pixilated images.

Although the LG Cookie Plus GS500v phone connects to most websites speedily, cruising though the internet on the resistive touchscreen interface is a pain in the forefinger. Get to Gmail through the web browser instead of the e-mail widget and try to uncheck the ‘Remember me’ box to see what we mean. For some reason, the phone didn’t let us open Gmail though we tried accessing the service through the pre-loaded e-mail widget that also supports Exchange ActiveSync as well as the browser. It also seems to have a troubled relationship with YouTube since none of the selected videos played out on the phone. It just kept showing up with a ‘Connecting’ notification before losing heart and going back to the YouTube page that generated the link.

Next comes the in-built camera. The LG Cookie Plus GS500v sports a 3MP 2x digital zoom camera without flash and 2048 x 1536, 1600 x 1200, 1280 x 960, 640 x 480, 400 x 240 digital stills as well as 320 x 240 video capture options. It’s good at clicking pictures in ambient lighting conditions though the flash would have been a welcome feature. At the same time, 3MP does not make a powerful enough camera which could have us wishing that it came with a bunch of editing options apart from the regular color effects, white balance, image editing and a self timer. We’ll stick to our digital cameras to capture and upload those cherished memories. Or a Samsung M8910 Pixon 12 handset may be. This phone performs the video capturing function just as well as a 3MP lens allows it to. 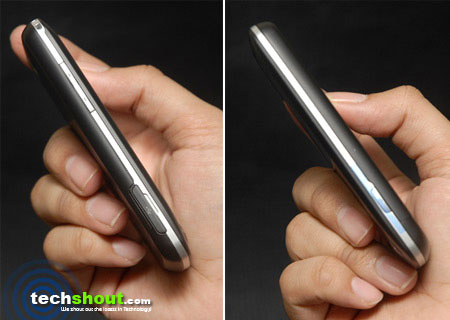 The Flying Dice games like snakes and ladders, board and baseball that use motion control gave us the nostalgic tingle with the beautiful board game layout. We spent quite a lot to time hooked onto snakes and ladders that requires you to give the dice a turn by shaking the phone. Demo versions of The Sims 3 Bejeweled Twist and Ferrari GT apart from a couple of other titles come pre-loaded on the handset. The FM radio and MP3 player are very loud and clear on the headphones, while the speaker delivers less than average sound quality. The microSD memory which can be expanded by up to 8GB should be sufficient space for storing pictures, videos and music. The most cheerful aspects of this phone are the three customizable homescreens, one of which is Livesquare. It basically creates avatars of your most frequently contacted friends and delivers updates on missed calls, received mail or texts and so on. The animated interface that allows you to assign animal or human Livecons and put them in a Liveplace like a zoo or park, offers an enjoyable way of staying updated. The other utilities packed into the handset are just what you’d expect on a regular device in its category.

The phone has a cute curvy appearance that’s as simple as it is attractive. At 95gm and 107mm x 52.5mm x 11.5mm, it’s very portable and slides into the pocket without difficulty.

It doesn’t seem to eat up too much battery power. After 2 days of usage, the battery levels had only dwindled down to 55%.

The interface is fun and colorful, especially Livesquare that offers a sort of highly personalized social networking hub.

The handset has a resistive touchscreen, need we say more? You need to exercise a lot of restraint in order to stop yourself from poking and scratching the display with your fingernails so that it obeys your touch input. Additionally, its low resolution makes viewing web images a distasteful affair.

Though songs play out loud and clear through a pair of earphones, the loudspeaker has an unpleasant tinny ring to it.

The LG Cookie Plus GS500v can be bagged for Rs. 9,500. It’d be good to remember that the device is not meant for business users though it does deliver internet connectivity and support for e-mailing. To sum it up in one sentence, it’s a fun, feature-rich phone that cannot boast of being very high-end. This LG offering scores an 8.5 out of 10 rating for being a consistent and fun performer.