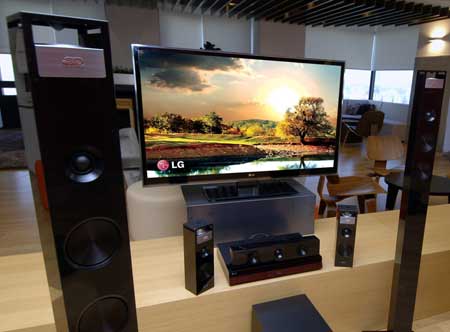 LG Cinema 3D Sound home theater systems have been announced close on the heels of its Super Ultrabook series and the new 3D notebooks’ unveiling. As the name suggests, these arrive to enhance the entertainment experience proffered by the LG Cinema 3D Smart TV.

Amongst the four models, the BH9420PW Sound Home Theater variant should begin retailing in the first half of the year. The aforementioned model will be seen integrated with the company’s 3D Sound Zooming technology. This development aids in syncing sounds with the movement and position of the content proffered by the Cinema 3D Smart TV to provide viewers with immersive audio and visuals. 3D Sound Zooming employs a complex algorithm to determine the depth of the sounds that are to be delivered. 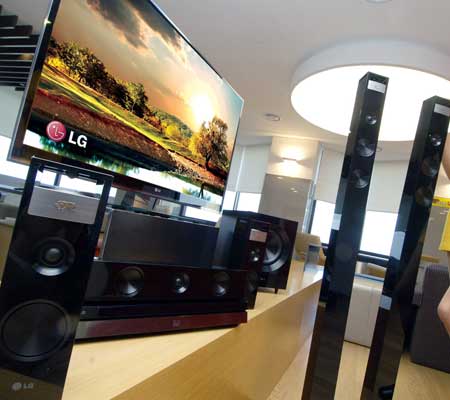 The model’s 9.1 speaker system brings four upright 3D speakers to the 5.1 channels of the traditional home theater system in order to blare out sound upwards. This may ensure that the vertical space has also been filled up with audio. Furthermore, these upright speakers are integrated with a 360-degree Reflector, enabling sound to be reflected in all directions. The idea is to make viewers feel that they are seated in a theater.

The LG Cinema 3D sound home theater BH9420PW model may be seen making an impression at the CES this month. There has been no word about the availability and price details of the system which will probably be churned out of the company’s stable during March 2012.