It has taken a long time for the LG Chromebase to find its way into India, but it’s here nonetheless. As its name suggests, this AIO setup runs the Chrome OS which does not demand great hardware and hence, the components it packs inside it aren’t particularly eye-grabbing.

However, the Rs 32000 Chromebase has not been aimed by LG towards power users anyway. It will be marketed as a decent computer meant for accessing various Google services and of course, using the Internet in all its glory. 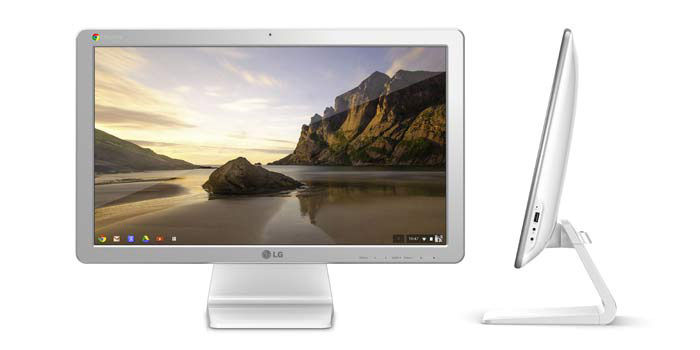 You can do that on a 21.5-inch 1080p full HD monitor that forms part of its offerings. Apart from a basic wired keyboard and a mouse, this setup also brings with integrated 2-channel speakers and a webcam.

The LG Chromebase packs inside it a dual core Intel Celeron CPU clocked at 1.4GHz. It also kicks in 2GB of RAM and a mere 16GB of SSD storage. But that low storage is compensated for by 100GB worth of free Google Drive space that’s offered with the computer for 2 years.

Also Read: LG gets in on the Chrome OS action, shows off Chromebase desktop

The LG Chromebase should soon start appearing in the Indian market with its Rs 32000 price tag. Meanwhile, Asus is also ready to make a Chrome OS push into India with its Chromebox which is expected to be unveiled on August 6.