LG has come up with the perfect formula to sell its X series of phones in the US by teaming up with the X-Men franchise. It’s a convenient bit of cross-promotion since each smartphone in the lineup has one special superpower, just like the mutants in the comic book saga.

It’s clearly a match made in heaven, with each phone getting paired with their own special mutant that most closely resembles the device’s skills. The announcement is timely too, given that X-Men: Apocalypse is still running in theaters across the world. LG is the latest brand to jump on the superhero bandwagon, with Samsung having launched its own Batman-themed version of the S7 Edge just a week ago.

The arrival of the LG phones means Marvel fans can now flaunt their own fandom. They’ll get to choose among 6 offerings, depending on their requirements or preferred X-Men mutant. Telepathic Professor Charles Xavier has been paired with the X Power because of their common relentless concentration AKA battery powers. Laser-eyed Cyclops’s extraordinary vision has seen him matched with the dual-lens X Cam. 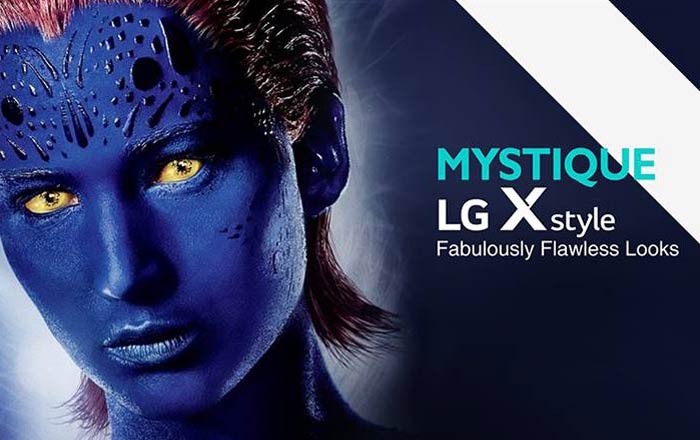 Mystique gets coupled up with the X Style due to the handset’s fabulously flawless looks. The device probably won’t be showing off any cool shape-shifting abilities though, which makes us think the modular LG G5 would have made a better pairing. Beast has the X Max for company, which likely means the model will be a large phablet.

The dual-display X Screen gets paired with Nightcrawler since they can both teleport, with the added bonus of the character’s night vision tying in with the device’s Always On feature. Finally, Quicksilver teams up with the appropriately named X Mach to promise extreme super speed when it comes to processing power.

ZDNet claims that LG plans to tell the origin story of its new X series of phones in July across the USA, Europe and Latin America. The X Screen has already hit Germany priced at €249 and the X Cam will follow in June at €299.