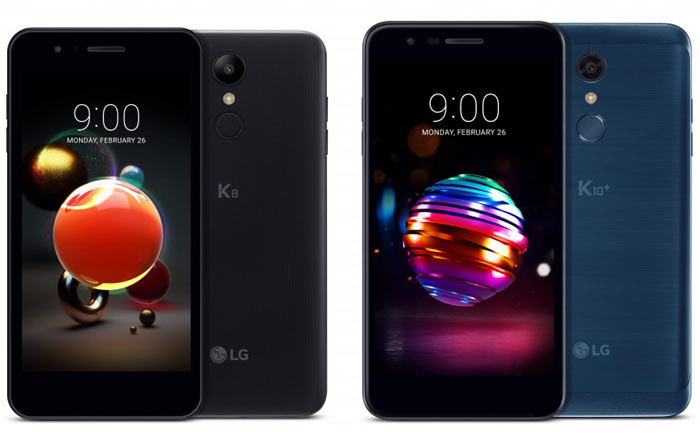 LG’s flagship phone is giving the MWC 2018 a miss this year, but that doesn’t mean the company will be completely absent from the event. The brand is planning to show off the 2018 editions of the K8 and K10 at its booth before releasing the pair globally in regions like the Middle East, Latin America, Asia, and Europe.

The K8 (2018) and K10 (2018) don’t have price tags yet, but it’s clear from its specs that both are going to be mid-rangers just like its predecessors. The same glossy pebble design has been retained, as well as the 2.5D Arc Glass style. 3 new colors have been announced namely Aurora Black, Moroccan Blue, and Terra Gold.

LG is placing a heavy emphasis on photography this time round, touting that the K10 (2018) has been equipped with the same 13MP rear camera tech found in last year’s flagship LG G6. The shooter comes ready with PDAF, HDR support, and a new Low Light Noise Reduction feature. There’s also an 8MP selfie snapper which can click bokeh shots.

The K8 (2018) has the same low-light enhancements, plus an advanced camera UX. Both smartphones offer a Timer Helper tool which uses the flash unit to tell users how many seconds are left until the timer ends. A Flash Jump Shot feature snaps a picture every 3 seconds and ties them all together into a GIF.