The CES 2014 is just around the corner and while many OEMs are teasing their upcoming products, LG is sticking to last year’s plan, unveil now and showcase later. The South Korean conglomerate has announced that it will debut a new Ultra PC along with the second generation Tab-Book hybrid, both running Windows 8.1.

The Ultra PC is essentially a high performance notebook which weighs less than 1kg and has a maximum thickness of 13.6mm. Carrying the model number 13Z940, the laptop will be powered by a Haswell based Core i5 processor clubbed together with options of 128GB and 256GB SSD for efficient power consumption and quick read/write speeds. LG has designed the notebook with a full HD 13.3-inch IPS display. 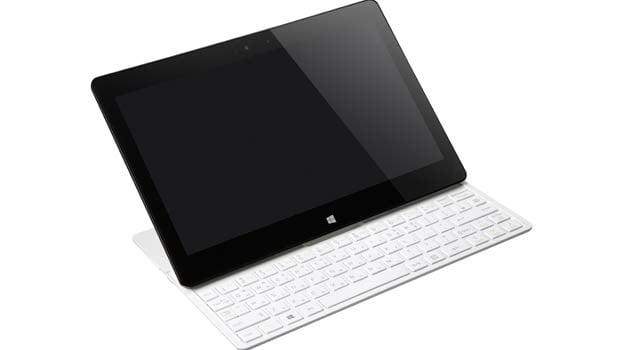 The panel will be surrounded by a narrow bezel which measures 4.4mm thin and the company will include a Reader Mode which allows users to change visuals to resemble paper for better viewing and less eye-strain. The Tab-Book 2 features the same design as its predecessor where a slide-out QWERTY keyboard can be accessed from below the 11.6-inch full HD IPS touchscreen.

This convertible will also gain steam from a fourth generation Core i5 processor. The 11T740 model is 16.7mm thick and it weighs 1.05kg, while the 11T540 version will be slightly thinner at 13.7mm and lighter as well, tipping the scales at 930 grams. Last on the list is the company’s AIO PC which dons a 27-inch 1080p IPS display. The innards comprise of an Intel Core CPU, GeForce GT 740M graphics from Nvidia and HDMI input amongst others.

As you can see, not much is known about the upcoming devices, but you can expect complete details to surface at the CES 2014. The conglomerate also plans to launch a new pocket printer and the Chromebase AIO at the trade show.