Far from perfect for thrill seekers when it comes to specs, the LG Optimus L1 II has been launched through Three UK. It goes by the E410 model number and packs in a very modest software and hardware combination. And just like the others in the Optimus L II series, it’s got a price to match.

Three hasn’t specified the cost for the handset, but we do know that it will be out sometime during the first week of September. The bar-style phone fits into dimensions of 102.9mm x 59.2mm x 12.2mm. It runs on an earlier version of Jelly Bean, Android 4.1.2, and sports a 3-inch 320 x 240p QVGA display. A battery of 1540mAh powers the L1 II and it comes embedded with a 2MP camera. 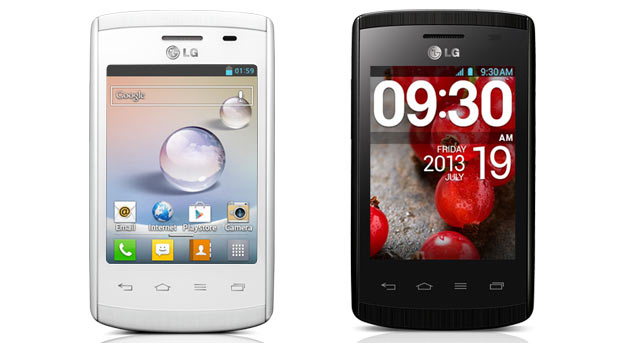 A 1GHz Qualcomm MSM7225AB single core processor, 4GB internal memory and 512MB RAM can be found inside. There’s not much else to talk about in terms of software. LG has brought QuickMemo and Cheese Shutter to this device. The former lets users scribble out notes on the screen even while executing other tasks like web browsing or hanging on to a call. The addition to the camera enables capturing images with a pre-set voice command.

Apart from the L1 II, the South Korean company also sells the L7 II, L5 II, L4 II and L3 II which are part of the same lineup. They’re in the mid-range (or low-range, depending on your point of view and wallet) segment and sport modest tags too. So we’re not expecting the new LG smartphone to cost all that much.