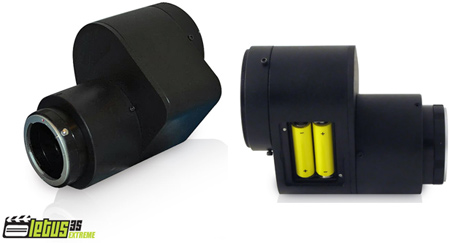 LetusDirect has expanded their Letus 35mm line, with the launch of the 35mm video adapter which features innovative prism technology. It is known as the Letus35 Extreme.

A unique feature of the Letus35 Extreme lens adapter is that it can “flip” the image upright so that the camera can record as it normally would.

Components of the Letus35 Extreme lens adapter include the highest optical grade custom-made achromatic lens and an improved ground glass element. These components work together to provide accurate color reproduction and crisp edge-to-edge sharpness with only a ½ stop of light loss.

The Letus35 Extreme adapter is powered just by two AA batteries that are fully enclosed in the adapter under a magnetic cover.