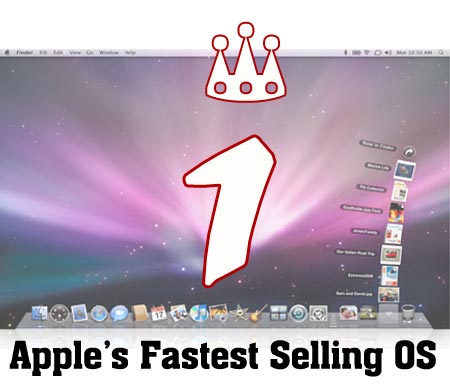 There is a 32.8 percent of increase in Leopard’s sales as compared to Tiger, its previous version. Family Pack sales of Leopard were also increased by 33 percent.

Apple launched Leopard packed with a whole set of new features, in October-end in the US. Such new attributes like the latest Dock, file back-up feature called Time Machine, improved e-mail and instant messaging etc may have led to increase in the sales.

Leopard has also been successful in selling family packs of the new OS. The family pack allows users to install the OS on five systems.

There was 20.4 percent increase in the sales of Leopard family pack if compared with family packs of the Tiger.