It was just a couple of days back that Lenovo officially launched the Tab 2 A7-10 and A7-30 at the CES 2015 and the former tablet has already been made available for purchase in India. The device’s price is listed at $99 for the US market which should amount to a little over Rs 6000, but it can be picked up for much lower in the country.

Rs 4999 is what the Lenovo Tab 2 A7-10 is retailing for and at the said amount, you certainly get that you paid for and a little bit more. The device is an entry-level release aimed at first-time tablet customers and even the elderly. The slate is basically loaded with the essential features and it offers Android KitKat which will grant you access to almost every Google service. 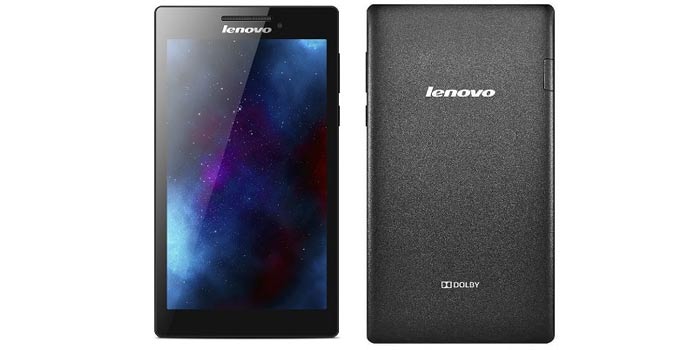 Design-wise, it flaunts the traditional Lenovo form factor which is a clean look with a textured finish on the rear. You get a 7-inch display with WSVGA resolution (1024 x 600 pixels) and a Dolby Audio backed stereo speaker on the front. Sadly, there’s no rear-facing camera on this model.

On the inside, the Lenovo tablet employs a 1.3GHz quad core processor for doing the heavy lifting. There’s also 1GB of RAM, 8GB storage and a microSD card slot. With the 3450mAh battery, you can expect around 200 hours of standby or up to 8 hours of activity which is the best we’ve seen on a slate so cheap.

The Lenovo Tab 2 A7-10 is being made available in India exclusively through Snapdeal and it comes ebony black only.