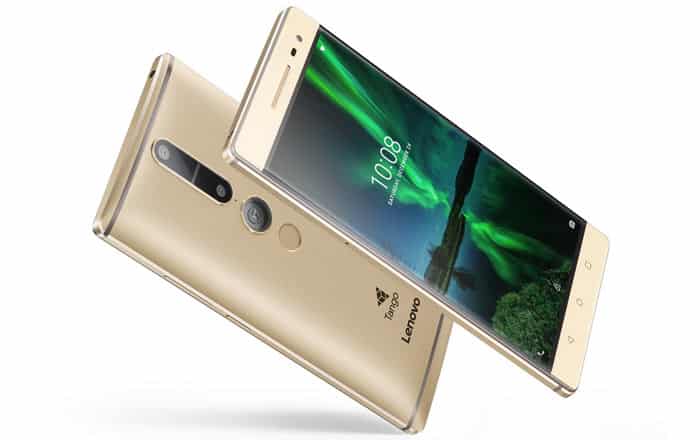 Lenovo has finally launched the first Project Tango smartphone in collaboration with Google, almost 3 years after the initiative was first announced. The new Phab 2 Pro will serve to bring the wonders of augmented reality (AR) to the masses.

Google’s Project Tango basically allows people to overlay virtual objects and information on their real-world surroundings. The technology can be used to do things like map rooms and accurately place furniture inside them. Lenovo plans to ship the Phab 2 Pro with 25 apps to take advantage of its AR capabilities and increase the number to 100 by the end of 2016.

Applications developed for the phone so far allow you to play games like Phantogeist to shoot aliens or Raise to play with a virtual 3D pet. The Phab 2 Pro can even learn to recognize places it’s been to before and help users navigate unfamiliar indoor spaces. The handset will also be able to provide contextual data about an object it’s looking at.

Lenovo has equipped the handset with a depth-sensing and motion-tracking camera on its back to make AR possible. The two work in conjunction with a 16MP snapper. There’s also an 8MP front-facing snapper on its front surface, bringing the camera tally to 4 in total.

Here’s a neat look at the specifications of the Lenovo Phab 2 Pro:

The Lenovo Phab 2 Pro is priced at $499 unlocked. It’s set to hit online stores across the world in August and offline outlets in September. US residents can snap it up via Best Buy and Lowe’s home improvement stores, where they’ll be able to check out virtual furniture via the shop’s Tango app.