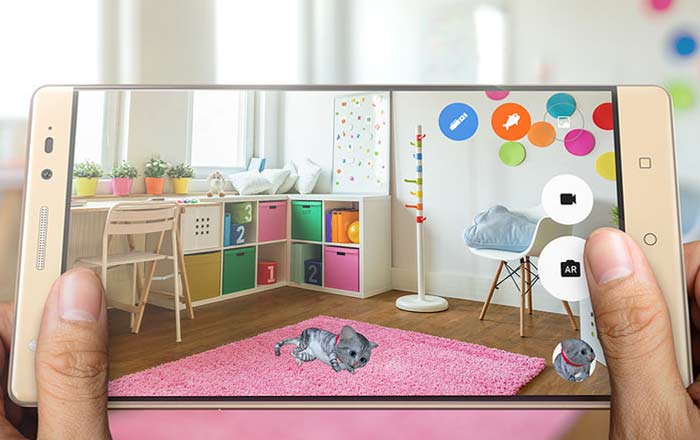 Lenovo’s officially brought its massive Phab 2 Plus to India and has already begun vending the smartphone via Amazon. It’ll set interested buyers back by Rs 14999 and will be sold in grey and gold colors.

At that price tag, the Phab 2 Plus will be directly competing against other phablets like the 6.4-inch Xiaomi Mi Max. Other than its gargantuan size, the highlight feature of the Lenovo device is its 13MP dual cameras. The two together make features like refocusing, defocusing, background swapping, bokeh, and AR effects like virtual object placing possible.

Lenovo’s also taken care to furnish the setup with an aperture of f/2.0, a Fujitsu Milbeaut image processor, PDAF, dual-LED flash, and autofocus abilities. All combined are supposed to deliver instant focus in less than 3 seconds, accurate details and colors even in low-lighting, and faster processing. As for the 8MP selfie snapper, it comes with a 75-degree wide-angle lens.

The Phab 2 Plus also caters to audiophiles with Dolby Audio Capture 5.1 and Dolby Atmos technology. The company claims its new generation of Phab smartphones are the first in the world to support the former, allowing people to capture sound in 360-degree quality. The brand has even made room for 360-degree noise cancellation, in addition to specialized conference call and interview modes.

Specifications of the Lenovo Phab 2 Plus at a glance:

Furthermore, the Lenovo Phab 2 Plus is being bundled with JBL Hybrid earphones in the box. Amazon India is currently running a contest which offers 100% cashback to 10 customers who buy the device via its app by November 9. The amount will be handed over in the form of a gift card. Idea is also dishing out a deal in which people will get 10GB of data at the cost of 1GB.