While we patiently wait for the Lenovo K920 Vibe Z2 Pro flagship to make its debut today, a compact version of the handset has hit the rumor mill. What’s more, an image of the smartphone has been leaked as well, sitting just besides its larger sibling with only the rear panel being visible.

Sadly, the picture (embedded below) is quite blurry and was clearly taken in a hurry. What we see is the flagship device on the left and an identical-looking, yet smaller handset on the right. It’s clearly evident that the compact model will also feature a full metal design and based on information provided by a Weibo user, GSM Dome is reporting that the device will sport top-tier specs as well. 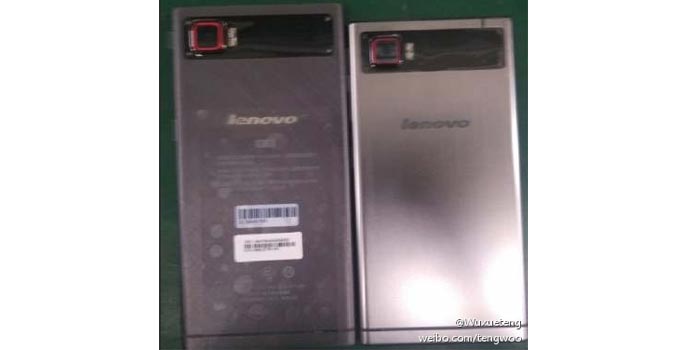 The smartphone is said to go official as the Lenovo K920 Vibe Z2 Pro mini which would be anyone’s first assumption. As you can see in the image, the smaller model doesn’t look to be very compact. In fact, it’s said to have a 5.5-inch display with 1080p visuals. Also, there’s word that a Snapdragon 801 chipset (probably clocked at 2.3GHz) will deliver the steam.

Other leaked components include a 13MP rear camera with dual LED flash, 2GB RAM and 16GB storage. These specs are clearly high-end, but still a downgrade from the 6-inch flagship which will arrive with a 2K (2560 x 1440 pixels) display, a 2.5GHz quad core Snapdragon 801 SOC, 3GB RAM, 32GB and a 16MP OIS rear snapper.

Like its larger sibling, the Lenovo K920 Vibe Z2 Pro mini will carry an affordable price tag. The device is expected to sell for approximately $323, while the flagship smartphone could go official at around $400.