Lenovo likes experimenting with different designs and sometimes, it even takes cues from its competitors. For instance, the Chinese OEM is confirmed to be working on a 7-inch tablet that actually looks more like a smartphone.

We’ve already seen Samsung pull something similar before and called it the Galaxy Tab Q and recently, Indian OEM Celkon also took a shot at a super-size phablet of its own. Lenovo’s device doesn’t have an official name as yet and we only know it by its model number which is A7-30TC2. For all we know, this slate might go official as a new entry in the IdeaTab A7 voice calling tablet series. 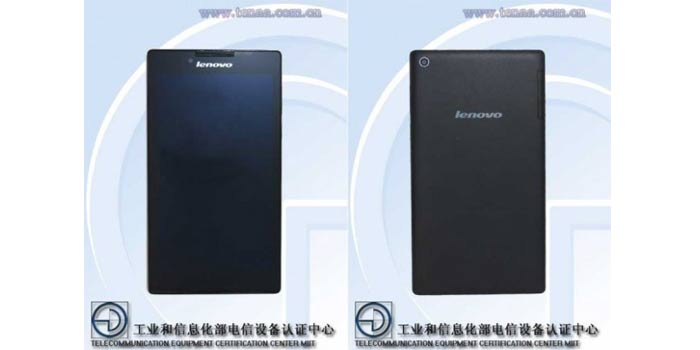 The device definitely fits the bill mainly because of its model number and entry-level specs. As you can see in the image above made public by China’s TENNA regulatory, the Lenovo A7-30TC2 is more smartphone than tablet. Its sheer size says the opposite though. GizChina notes that the device has a 7-inch WSVGA screen of 1024 x 600 pixel resolution.

Also read: Celkon’s new XION S CT695 is a 7-inch tablet that wants to be a smartphone

Then there’s the usual 1.3GHz quad core Cortex A7 processor doing the heavy lifting from the inside. We presume that the SOC is a MediaTek one considering the company’s long history with the chip maker. RAM is 1GB which is what you’d expect from such a device and Android 4.4 KitKat comes pre-loaded.

With the Lenovo A7-30TC2 receiving the green light for sale in China, we expect to see it get formally launched in the coming days. We’re not sure whether it will be released outside Asia though.