Earlier this month, Lenovo added two new members to the Miix tablet range, a 10- inch and 11-inch model. While both slates were scheduled to go on sale in March and April, respectively, the company has already started offering the 10-inch model in the US. What’s worth mentioning is that those who purchase the tablet will have to shell out a minimum of $699.

The starting price of the 10-inch Lenovo Mixx 2 is $499. Sadly, this variant isn’t up for grabs yet. Unlike the smaller version, this model comes with a detachable AccuType keyboard dock, making the device a convertible notebook that can be used in stand or tablet mode. The device is preloaded with Windows 8.1 and it tags along a full version of Office Home & Student 2013 for free. 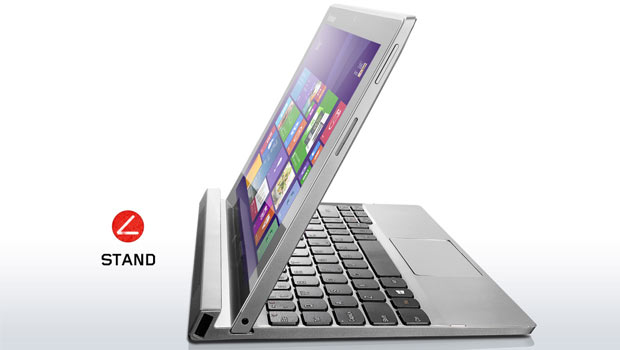 The tablet is amongst the first to be powered by a 64-bit quad core Intel Atom processor. There’s a 10.1-inch IPS display on the front with a 2MP 720p camera and a 5MP snapper on the rear. For memory, the Mixx 2 is loaded with a 128GB eMMC drive, a microSD card slot and 2GB of RAM. Connectivity options include Wi-Fi and Bluetooth. There’s no 3G support on this model.

Back in October, the company had announced the first model in the Miix 2 lineup which is solely a tablet. The device is powered by a quad core 32-bit Intel Atom Bay Trail processor and it features an 8-inch 800 x 1280p display. For an affordable price of $299, you’ll also get 128GB of storage, a microSD card slot, dual cameras (2MP front, 5MP rear) and a stylus. 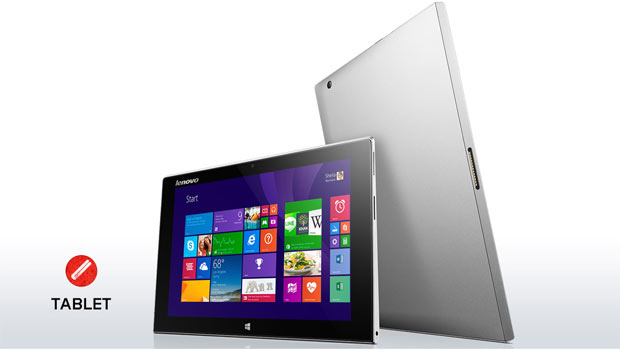 The 10-inch Lenovo Miix 2 can be picked up through the company’s online store by clicking here.