Lenovo Yoga 2 slates let you choose between Android and Windows

After being leaked recently, the Lenovo Yoga 2 tablet lineup has been officially launched and it’ll offer devices in multiple screen sizes. What’s more, the OEM has decided to give buyers a choice of OS as well, allowing them to select either Android or Windows 8.1 to power their selections.

The Lenovo Yoga 2 comes in an 8-inch and a 10-inch model, and there’s also a 13-inch Pro version, but we’re going to focus on the smaller tablets in this post. Both, Windows and Android versions of the slates flaunt the same designs seen on the previous generation and also carry similar specs, with a few alterations of course. 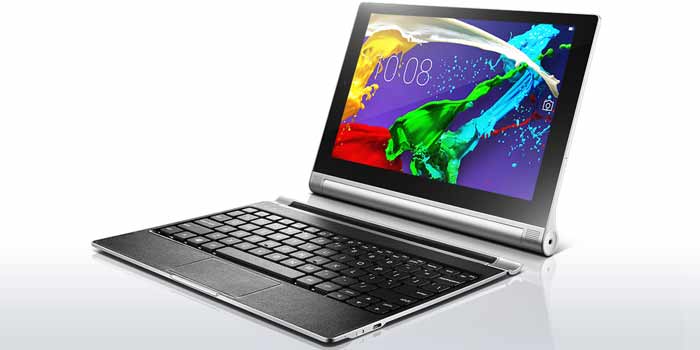 Lenovo certainly hasn’t held back in hardware as all models pack 1920 x 1200 pixel IPS displays with wide viewing angles. The quad core Intel Atom Z3745 chip clocked at 1.86GHz does the heavy lifting with 2GB RAM. A 1.6MP camera can be found on the front, while the rear flaunts an 8MP shooter. There are also Wolfson Hi-Fi stereo speakers onboard powered by Dolby Audio.

The main difference between the Windows 8.1 and Android 4.4 KitKat models is that the former slates come with 32GB of storage, while the latter tablets offer 16GB eMMC memory. Lenovo says the Microsoft-powered ones will offer up to 15 hours of activity and the Google-powered devices can go up to 18 hours on a single charge.