The Lenovo Vibe X2 smartphone is certainly one of the best looking handsets on the market and it looks like the company is planning to launch a variant of it soon. A new phone has popped up at China’s TENNA and it appears to be a larger model of the original.

What’s more, this upcoming variant of the Lenovo Vibe X2 will also have a slimmer design. The display size has been increased from 5 inches to 5.3 inches. This isn’t much of a difference and the resolution remains the same at 1920 x 1080 pixels. What’s more, the thickness has been dropped down to just 6.8mm from 7.3mm. 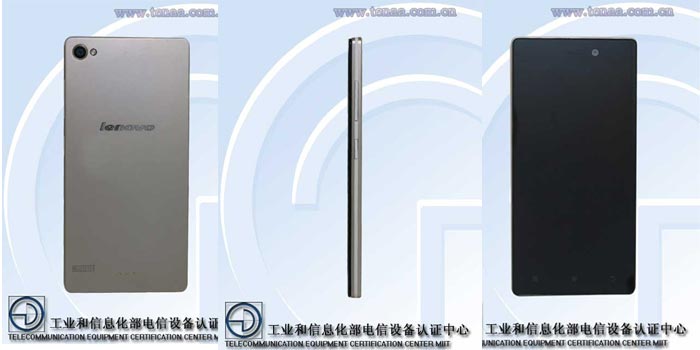 Images published by China’s TENNA show that the handset will retain the layered design. Lenovo has made a few other changes to the phone’s hardware. The processor is still an octa core one, but with a clock speed of 1.5GHz and not 2GHz. Also, it’s not known if the chipset is based on the Cortex A17 like the original or on a different ARM architecture.

The front camera has been upgraded from a 5MP sensor to an 8MP shooter, while the rear snapper is the same at 13MP. Additionally, a microSD card slot has been added on this model with half the original storage. There’s no word on the battery capacity though.

After getting certified by TENNA, it can take a device mere days or even months to go official. So, there’s no telling when the new Lenovo Vibe X2 model will make its debut, but we’ve got our hopes up for a quick launch.