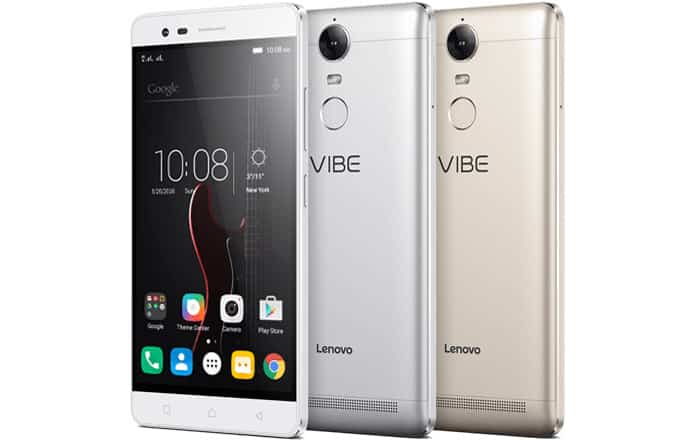 Lenovo’s finally pulled the curtain off the Vibe K5 Note, revealing not one, but two iterations of the handset up for grabs. One costs Rs 11999 and comes with 3GB of RAM, while the other is priced at Rs 13499 and packs 4GB of RAM.

As was revealed in teasers last week, the Indian version of the Vibe K5 Note features more RAM than the original Chinese model. It also carries double the memory at 32GB. Even its software has been overhauled, replaced by Lenovo’s Vibe UI in favor of the new Pure UI. The latter is apparently closer to stock Android, which should please purists sick of bloatware.

Lenovo has also introduced some nifty tools for users such as Secure Zone and Smart Scene. The first lets them operate two virtual phones for cross-zone notifications, meaning they can run two instances of any app like WhatsApp or WeChat. The second gives them the freedom to customize settings like brightness or Bluetooth depending on their location, time or schedule.

Like its predecessor, the metal-bodied Vibe K5 Note has also been equipped with TheaterMax technology to supersize movies and games into a widescreen format. It’s also catering to audiophiles thanks to being blessed with Dolby Atmos technology, Wolfson WM8281 audio codec, and 3-mic input.

Take a look at the top specifications of the Lenovo Vibe K5 Note: