Along with the other convertibles that were on display at yesterday’s Lenonvo Yoga event, the Chinese company also unveiled the new ThinkPad Yoga 14 convertible notebook which is meant for business users. This piece of machinery houses a 14-inch display which can of course be flipped 360 degrees to effectively turn it into a large tablet. 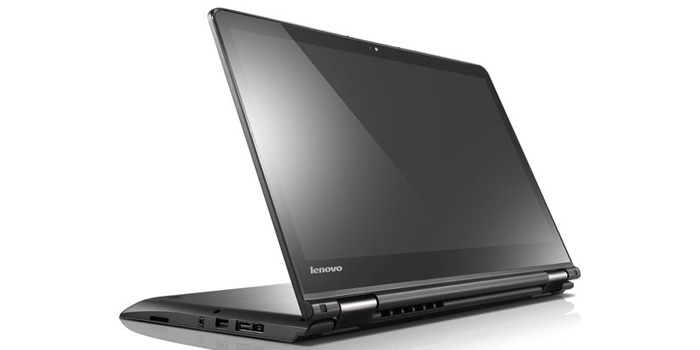 The output of this touchscreen panel on the notebook can be enhanced by buyers by going for an Nvidia GeForce 840M GPU as well. But while the Lenovo ThinkPad Yoga 14 is a bit heavy already, at 4.1 pounds, opting for the graphics card will further increase its overall weight. As far as thickness goes, it measures 0.7 inches on its sides.

The ThinkPad Yoga 14 notebook has been built using a magnesium alloy case, while the device houses a keyboard that actually retracts when you flip the screen back. This has been done so that you can avoid accidentally pushing the keys once you’ve transformed it into a tablet.

This new convertible notebook made by Lenovo comes equipped with an Intel Core i5 Haswell processor, while 8GB worth of RAM also forms part of its offerings. Buyers will be able to take advantage of 1TB of storage on the Lenovo ThinkPad Yoga 14, whereas a 16GB SSD module will also be fitted into it. For connecting equipment, the company has blessed this device with an SD card reader, 2 USB 3.0 ports, one USB 2.0 port and an HDMI port. 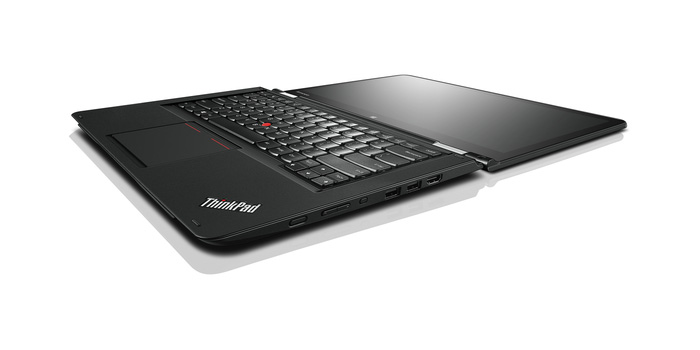 As revealed by PC World, the Lenovo ThinkPad Yoga 14 will be made available later this month in exchange of $1200.