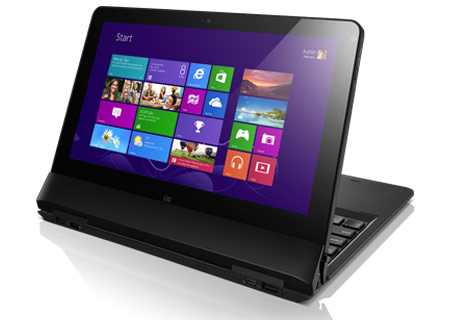 The price for the Lenovo ThinkPad Helix and what is a broad stab at a release date have been made official, as the hybrid device was announced at the CES. The premium convertible is targeted at business professionals and comes sporting a ‘rip and flip’ design, a feature the company feels will wriggle its way into its next generation of devices.

The ThinkPad Helix has an 11.6-inch high definition IPS display and can take pen input. It is capable of throwing out at users, visuals at a resolution of 1920 x 1080 pixels. The device claims to take the mobility offered by a Windows 8 tablet and fuse it with the performance that’s expected from a business Ultrabook. 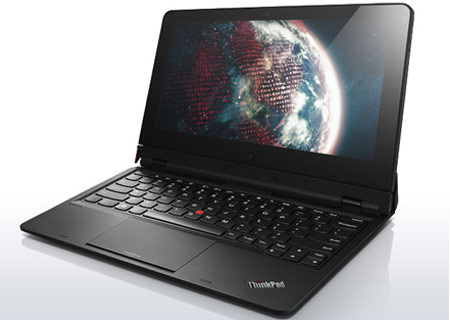 Lenovo positions it as a hybrid as well as a convertible, offering the flexibility of both tablet and fully fledged computer. In that respect, it weighs just 2 pounds when disconnected from all other attachments and a still manageable 3.8 pounds when melded with a keyboard. The company affixes upon the device a battery life of about 10 hours.

The convertible device also features a connectivity option in the form of optional LTE wireless, and the company says, in a pioneering effort, it has even packed in NFC technology. And since the device is pushed for business flexibility, on the security front it comes with Intel vPro technology. 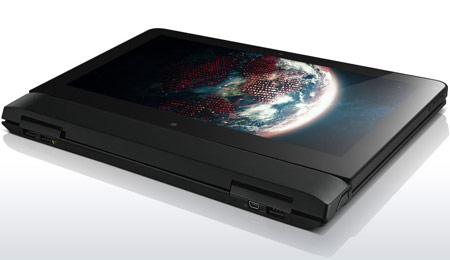 It can be specified with Windows 8 Pro and the choice of processor goes all the way up to third generation Intel Core i7 chips. Meanwhile, those who want maximum performance can order the Ultrabook convertible with up to 4GB of DDR3 RAM. In keeping with the form factor and the low weight, SSD storage can go all the up to 256GB.

The Lenovo ThinkPad Helix is slated to start arriving on store shelves and directly from the company’s web site towards the end of February. It is expected to sell for $1,499 which is thought to include the keyboard docking station for added typing convenience. 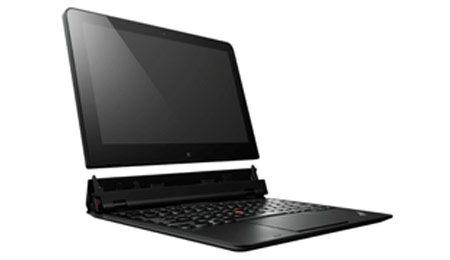