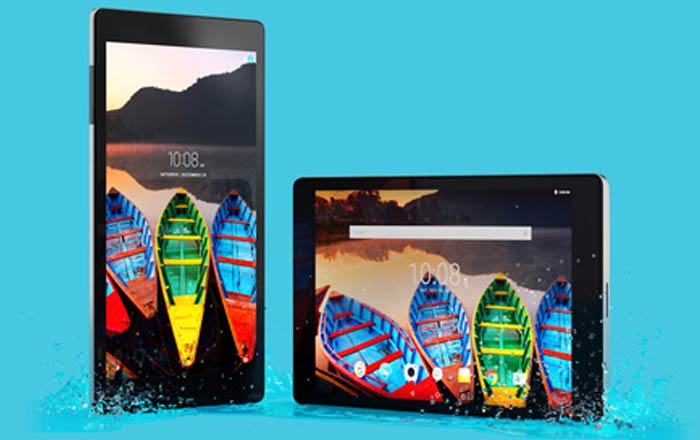 Lenovo’s Tab3 8 Plus has gotten leaked in the form of authentic-looking renders and detailed specs via a new report. The tablet has been the subject of rumors on numerous occasions and is likely coming out at the MWC 2017.

As per Notebook Italia, the Tab3 8 Plus will be available in Wi-Fi only and LTE iterations called the TB-8703F and TB-8703X, correspondingly. Both are expected to boast of the same set of specs. This is expected to include features such as an 8-inch 1920 x 1200p display and Android 6.0.1 Marshmallow.

Lenovo might equip the device’s stereo speakers with Dolby Atmos technology for enhanced sound output. Users will probably get to take advantage of 16GB of expandable room and 3GB of RAM. A Snapdragon 625 processor could take care of daily tasks, while a 4250mAh battery may power it.

In terms of photography, the Tab3 8 Plus is predicted to carry an 8MP primary camera with LED flash and 5MP secondary shooter. As for dimensions, it may measure 209.5 x 123.5 x 8.6mm and weigh in at 320g. There’s also talk of IP52 certification which means the slate is supposed to be resistant against dust and water to a limited extent.

The Lenovo Tab3 8 Plus could set you back by around €150. The report asserts that it’ll be out soon in silver and blue color options. This makes the MWC timeline more likely given the fact that the trade show is set to kick off on February 27. We’ll let you know as and when the budget offering goes official.