After swiftly bringing the Tab 2 A7-10 slate to India back in January, Lenovo is rushing to launch the Tab 2 A7-30 model which was also revealed at the CES 2015. The new option comes in two models, one offering 2G connectivity only and the other packing 3G cellular support for data and voice calling.

The new Lenovo Tab 2 A7-30 is basically an entry-level release which falls in the 7-inch category. Unlike the Tab 2 A7-10 which has sharper curves, this tablet offers a more rounded look at the edges. A big receiver is placed above the display for voice communication and visuals are being offered at 1024 x 600 pixel resolution which is quite a disappointment. 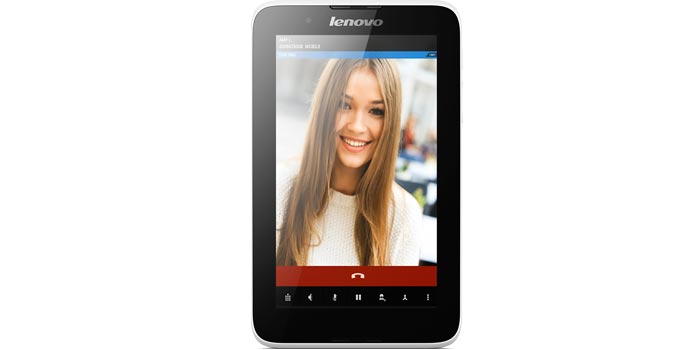 The Lenovo tablet is 8.9mm thick and it weights 269 grams. Processing power here is derived from a 1.3GHz quad core MediaTek chipset which is based on the Cortex A7. Additionally, you get Android 4.4 KitKat out of the box and probably there will be an update to Lollipop, but not anytime soon. For storage, there are options of 8GB (2G) and 16GB (3G) of flash memory and a microSD card slot is available for expansion.

Also read: Lenovo Yoga 3 Pro is an Ultrabook befitting of its high price, outed in India at Rs 114990

Other features of the Tab 2 A7-30 include a 2MP rear camera, a VGA front shooter, 1GB of RAM and a 3450mAh battery. On a single charge, you can expect the tablet to deliver up to 8 hours of web browsing over Wi-Fi.