Lenovo stretches its product range with Yoga and Flex

Lenovo has decided to give its business lineup a literal twist of sorts with the ThinkPad Yoga. The flip and fold design is enclosed in a 12.5-inch magnesium alloy shell, with the screen being selectable as a full HD IPS display or a Corning Gorilla Glass-protected one.

The 10-finger touchscreen as well as the large, 5-button glass trackpad on the device deliver a touch experience powered by Windows 8.1. Other key features cover up to 4th generation Intel Core i7 processors, a maximum of 1TB internal storage, models with NFC and options with backlit keyboards.

This successor to the original Yoga convertible is a 13.3-inch device capable of spewing out visuals in 3200 x 1800p resolution. Its main specs cover a 15.5mm thin body, up to 512GB SSD space, 4th generation Core i7 ULT chips, Windows 8.1, roughly 9 hours of battery life and Intel WiDi.

A new Yoga Picks tool has been added to the package. Essentially, the software offers users suggestions on which apps would best suit the mode in which the hybrid is placed – tablet, tent, laptop or stand. Additionally, company has also pre-loaded applications optimized for each of these modes. So if you like being told what to do… 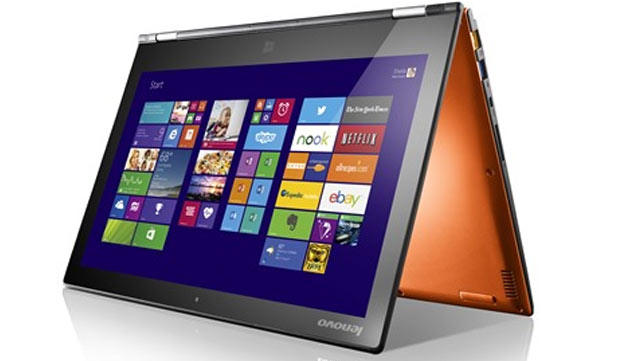 Coming down to the last one, the Flex 20 AIO desktop has a sleek 20.5mm aluminum chassis. It’s a little confusing as to why Lenovo wants to call it a desktop when it can act like a tablet. At any rate, you can get it with a 19.5-inch 1600 x 900p IPS screen, Intel Core i7 processors, 500 GB HD or SSHD hoarding space and in-built Wi-Fi. 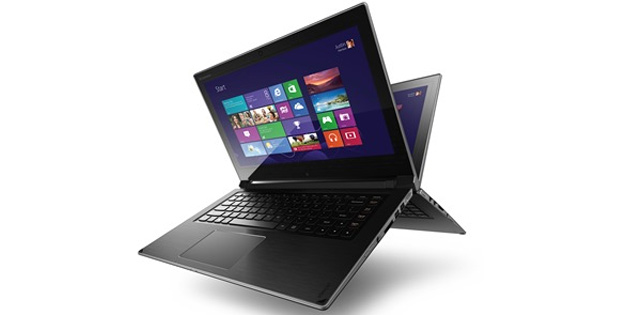