That piece of machinery that you’re seeing in the space down there, is the 13-inch Lenovo Yoga Tablet 2 which is trying to blur the lines between a tablet and a notebook. This high-end device comes with a kickstand of its own, which enables it to be used in four different modes, namely hold, stand, tilt and hang.

The big 13-inch display on the Yoga Tablet 2 showcases its visuals in a resolution of 2560 x 1440 pixels. It runs the Windows 8.1 OS, which means an upgrade to Windows 10 will be made available for free whenever it’s out. This tablet is fueled by an the Intel Atom Processor Z3745 which features a quad core design an a clock speed of 1.86GHz. 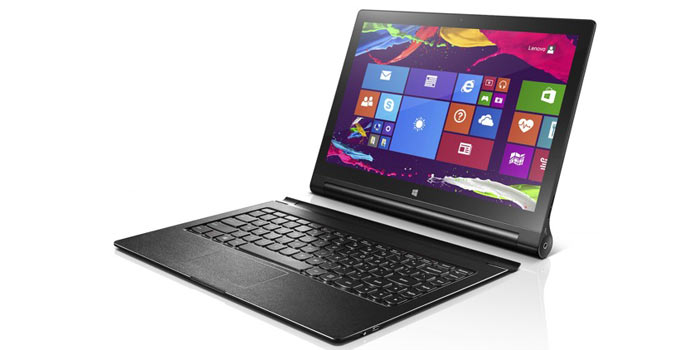 This CPU is assisted in its operations by 4GB worth of RAM, whereas 64GB of storage space is also granted to the slate by Lenovo. But if that’s not enough for you, there’s a microSD card slot present on the Yoga Tablet 2 as well, letting you expand the storage further.

There’s just one camera bolted onto the tablet, which is 1.6MP in capacity. Its massive 12800mAh battery is all set to be a big selling point owing to its ability to keep the tablet going for up to 15 hours on a single complete charge. Its other offerings include a 5W subwoofer and ports of microHDMI and microUSB.

A neat look at the key specs of the 13-inch Lenovo Yoga Tablet 2: 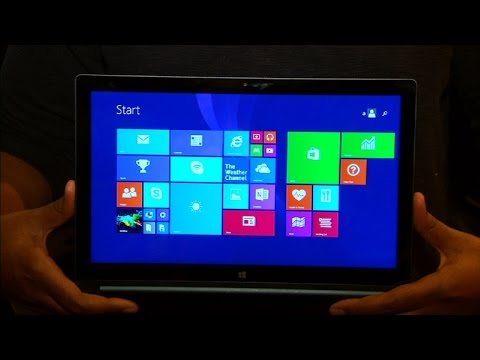 The 13-inch Lenovo Yoga Tablet 2 will be made available this November, with its price set at $699 (with keyboard).