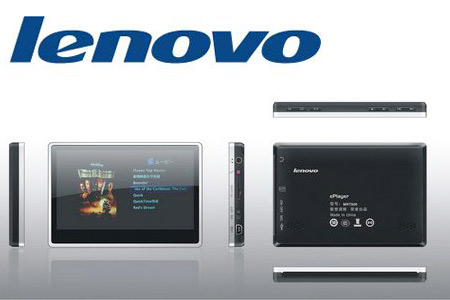 Lenovo enters the PMP terrain with a new device called as the MTR800, reports Gizmodo. The player is apparently a touchscreen device that is expected to be loaded with standard MP3 player functions.

Boasting of a 4.3-inch TFT display that has a resolution of 480 x 272 resolution, the player is enabled to offer effortless multi-tasking while allowing easy photo viewing. The device also allows users to play around with custom backgrounds.

The edge of the player includes many tactile buttons. Besides, the MTR800 PMP is compatible to a variety of video codecs like RM / RMVB, ASF, AVI, MP4 and FLV. It also supports many audio codecs like MP3, WMA, OGG, APE, FLAC and WAV. Images of the JPEG and BMP format are supported by the player.

With a microSD expansion slot that should support up to 4GB of memory, users can store loads of multimedia content. Additionally the MTR800 is also bundled with an FM tuner and a voice recorder function.

As of now the price and availability of the upcoming Lenovo MTR800 PMP is kept under wraps. Also, the word is that the player is mainly targeted at the Chinese market.