We seen the Lenovo Miix go official back in June, but at that point of time there weren’t any concrete details as to when the slate would be available for purchase in the US. Well, Lenovo has now cleared that up by putting the Windows 8 tablet up for grabs through its online store. Along with the device, the company had also announced a few IdeaPad laptops, namely the S210, S400, S500, U330 and U430 Touch.

We’ve been seeing demand for Windows 8 tablets slowly decline in the past few months and various OEMs have started slashing off their prices to boost sales, including Microsoft. The Surface Pro and RT slates have been discounted a few times, while the Acer Iconia W3 8-inch tablet which went official 2 months back has received a cut of $80, making it available at nearly half the cost of the Miix which falls in the 10-inch category carrying a 1366 x 768p IPS touchscreen. 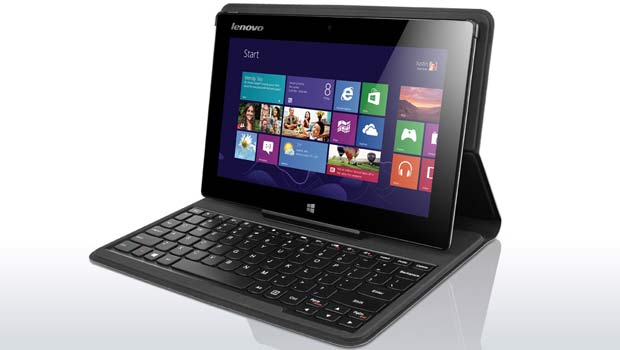 Well, Lenovo has done its bit in offering a rich experience through added features such as motion control which allows users to flip through pages, control music playback, adjust the volume and much more via hand gestures by leveraging the 1MP webcam. Additionally, the snapper can also be used for face recognition. On the technical front, the Miix rocks a 1.80GHz Atom Z2760 processor, 2GB of LPDDR2 RAM, 64GB of flash storage, Wi-Fi N, Bluetooth 4.0 and a 6800mAh battery which can deliver around 10 hours of activity. 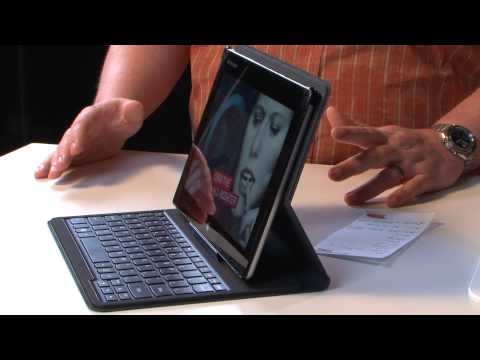 The Lenovo Miix is available for $599 through the company’s online store. Ubergizmo points out that the Windows 8 tablet can be picked up with a keyboard dock which also acts as a stand, albeit no price details have been provided for the accessory at the moment.