Lenovo Miix 2 is the latest to try on Windows 8.1 and an 8-inch screen

Lenovo has just joined the Windows 8.1 tablet game with the Miix 2, an 8-inch device that will have to try hard to impress; because it doesn’t run Android or iOS. And because it runs Windows. The closest competitor it has right now is the new Dell Venue 8 if the internals and form factor are taken into consideration.

The Start button is back in this version of the OS powering the Miix 2. The device packs in a quad core Bay Trail processor which has its roots in Intel Atom S. Its front is given to an 8-inch screen throwing up visuals in 800 x 1280p resolution and offering a 178° angle of viewing. Since it’s a Windows tablet we’re talking about, you shouldn’t be surprised by the inclusion Microsoft Office Home & Student 2013. 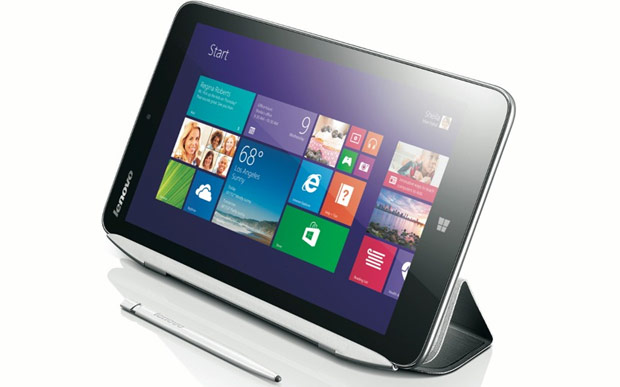 Then there are the usual options of a stylus and a cover-stand combination firmly positioning the new Miix as a productivity tool, of course. Users can look forward to 128GB of internal hoarding room as well as a microSD card slot which can handle up to 32GB of memory expansion. The tablet has two cameras – a 2MP webcam for video conferencing and what not as well as a 5MP one on the back.

Other Windows tablets which have cropped up in the news recently cover the Surface 2, Sharp Mebius Pad and Nokia’s rumored 2520. Do any of these sound particularly impressive to you? Feel free to tell us about it in the comments section below. Meanwhile, Lenovo will start selling the Miix 2 priced at $299 towards the end of this month.