Lenovo’s released a new teaser to showcase all the new products which it’s planning to launch at a pre-IFA 2016 event on August 31. The video offers brief glimpses of new Moto Mods, bendable smartphones, and laptops.

To recall, Lenovo had launched the Moto Mods as companion accessories to the Motorola Moto Z and Moto Z Force. These modular add-ons can be snapped to the back of either handset to give them additional powers such as extended battery life and louder sound. The company had announced that it was planning to launch more in association with third-party developers.

It looks like the new Moto Mods will be unveiled at IFA now. The teaser doesn’t give much away as to what to expect, though rumors claim that Lenovo could out a Pro Camera mod which will be created by Hasselblad. The manufacturer is also planning to launch what it calls a whole new kind of intuitive keyboard.

The video itself features what looks to be a flat touchscreen keyboard. The most interesting tidbit of information to come out of the teaser is that Lenovo is apparently working on bendable devices. There are two separate clips of people bending gadgets in the video.

One looks like a tablet which automatically moves apps to one side the more the middle portion of the screen is bent. The gadget might be what Lenovo is referring to when it talks about its plans for ‘a new chapter in tablets.’ The other foldable device appears to be a smartphone which a person is able to bend considerably.

Based on the teaser, Lenovo is also going to launch a new iteration of its Yoga series of laptops and next-gen Moto 360. We’ll keep you informed the moment the new products become official on August 31. 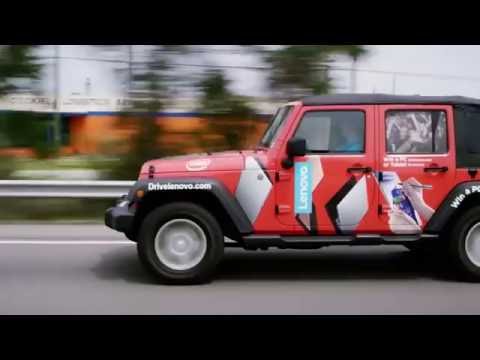