The Lenovo K920 Vibe Z2 Pro has been certified in China which means that the handset is all-ready for its August 5 reveal. The TENNA website is responsible for divulging information about the handset ahead of its launch and by the looks of it, the phone is headed to China Mobile.

There’s no word on whether the Lenovo K920 Vibe Z2 Pro will reach other major carriers in China. The new leak has also delivered a pretty clear look at the phone in its final attire. For a quick recap, the device will have a metal construction which we haven’t see on a flagship since the Intel powered K900. 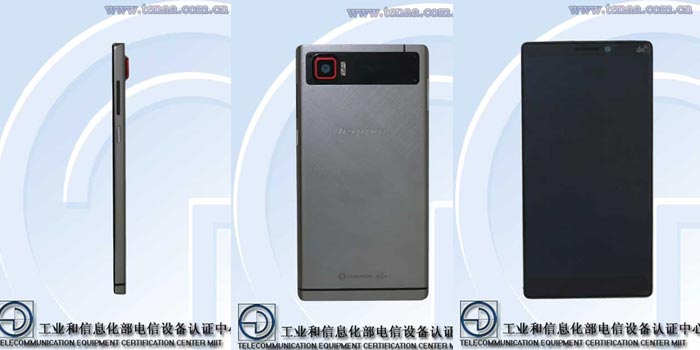 The company will also be following the new trend of having slim bezels on the front and the display size has been listed at 6 inches, which is pretty large for a flagship phone. Nevertheless, this panel will do more justice to the QHD 2560 x 1440p resolution compared to 5.5-inch handsets.

Where cameras are concerned, the Vibe Z2 Pro will one up the Galaxy S5 from Samsung by offering a 16MP rear camera, but with hardware image stabilization (OIS). Android 4.4 KitKat is obvious and expect to find the company’s new Vibe UI onboard. Apart from these features, the phone will also be dual SIM enabled and support 4G LTE.

The Lenovo K920 Vibe Z2 Pro will go official on August 5 in China and it should be priced around $400, notes GSMDome.