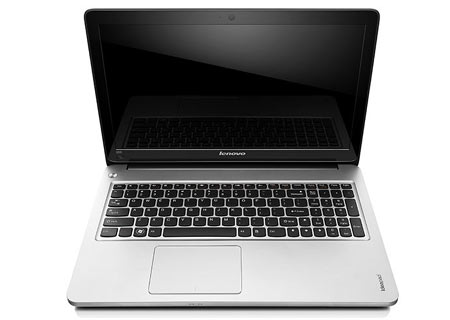 The Lenovo IdeaPad U510 Ultrabook price and release details have taken flight along with new IdeaCentre AIO PC lineup. These systems have been unveiled to run on the Windows 8 platform adding to the company vast device portfolio including the IdeaPad S series and the latest Android tablets.

The U510 Ultrabook follows closely down the footsteps of its predecessors the U310 and U410 by adopting a fashionable appearance. The general build is a mix of a traditional laptop with various aesthetic features found in tablets. A 15-inch display is fixed into place under the lid with no mention of quality and type.

The innards comprise of a third generation Core i7 processor rocking the Ivy Bridge architecture, up to 1TB of HDD storage and an optional 32GB SSD for quick boot ups and application response times. Unlike most Intel-branded notebooks, the company has managed to squeeze in a couple of extra components including an integrated DVD reader and writer or Blu-ray Disc drive. Well, a discrete-class graphics would do good here as well. The laptop flaunts a 21mm thick form factor with a total weight of 2.2kg.

Coming to the latest IdeaCentre lineup, the A520 is dress to impress with a slim design and a 23-inch frameless full HD multi-touch IPS LED display that can be adjusted from a minus 5-degree angle to 90 degrees flat. Fitted within its compact profile are 8GB of DDR3 RAM, up to 1TB of HDD storage, latest Core i7 CPUs with HD Graphics 4000, optional Blu-ray Disc drive and Dolby certified speakers with Dolby Home Theater v4, not to mention a catalog of touch-optimized content. 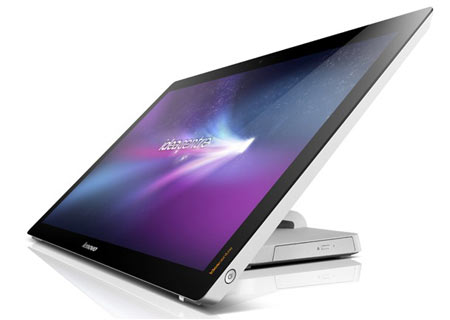 The B series which comprise of the 21.5-inch B340 and B345 as well as the 23-inch B545 AIOs, are equipped with 1080p frameless displays supporting 3D vision and touch input. In addition to the newest Core processor lineup, they are configurable with AMD quad core CPUs as well. Users can throw in a 2GB GeForce 615 GPU from Nvidia for the former PC or incorporate a 1GB HD7470A AMD Radeon unit in the latter 2 rigs.

The Lenovo IdeaPad U510 price and release date details are slated as $679 and September 2012, respectively. The IdeaCentre A520 will be available from October onwards starting at $999 along with the B340 and B345 which retail for $599 and up. The B545 is already up for grabs priced at $699 for the base version.